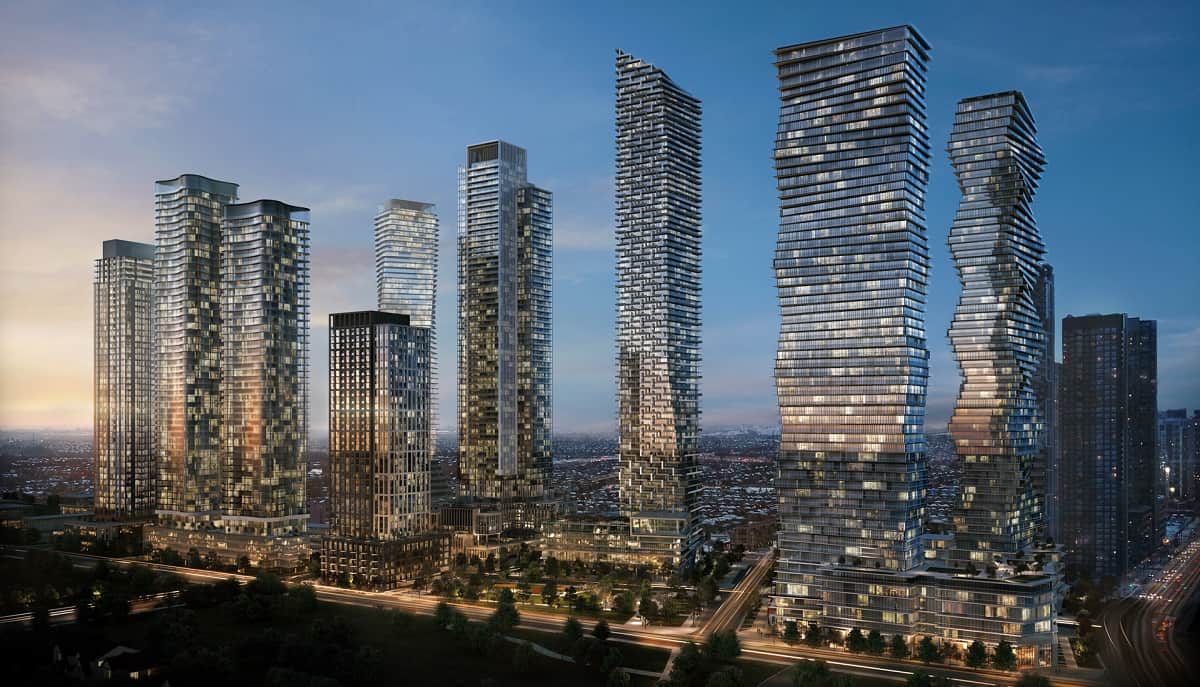 A multibillion-dollar condo community being built in Mississauga’s downtown core hit a significant milestone this past week.

The first two of eight towers that will comprise M City Condominiums were topped off at a ceremony attended by Mayor Bonnie Crombie, the developer and others.

In addition to the two towers, standing 62 storeys and known as M1 and M2, the groundbreaking for the 67-storey M4 was also marked at the ceremony as construction begins on that structure.

The in-progress M4 has been described as “one of the most technologically advanced condominiums in Canada.”

Officials with Rogers Real Estate Development and Urban Capital joined Crombie and other representatives from the City of Mississauga to mark the milestone events.

“We’re thrilled to be celebrating three major milestones for M City. This is a monumental step towards realizing our vision of creating a world-class community in Mississauga,” said John Anderton, vice-president, treasurer, Rogers Private Companies. “We have an unwavering belief in this city and look forward to continuing the momentum from these milestones, cementing M City as a catalyst for the evolution of Mississauga.”

“M City continues to set new precedents for the future of Mississauga and multi-residential living across the country,” added Mark Reeve, partner at Urban Capital.

M City is a multi-phase, master-planned community at Burnhamthorpe Rd. W. and Confederation Pkwy. Upon completion, it will be an eight-tower, 15-acre and 4.3-million sq. ft. development that “brings together high-design architecture, lifestyle amenities, transit, shopping and culture into one spectacular community,” the developer says.

The site will also bring more than two acres of new parkland to the community with dedicated connections to the Mary Fix Multi-use Trail and neighbouring parks.

M City was inspired by Mississauga’s Downtown21 Master Plan, a vision of Mississauga that calls for the transformation of the City Centre, focusing on a vibrant, pedestrian-friendly, active, mixed-used urban life.

M1 and M2 were brought to market in 2017 and the developer says unprecedented sales success led the team to start construction in 2018.

M4, launched in spring 2021, will become one of Canada’s most technologically advanced condominiums, the developer says. The tower was also designed by CORE Architects, with interiors by Cecconi Simone, who also worked on M1 and M2.