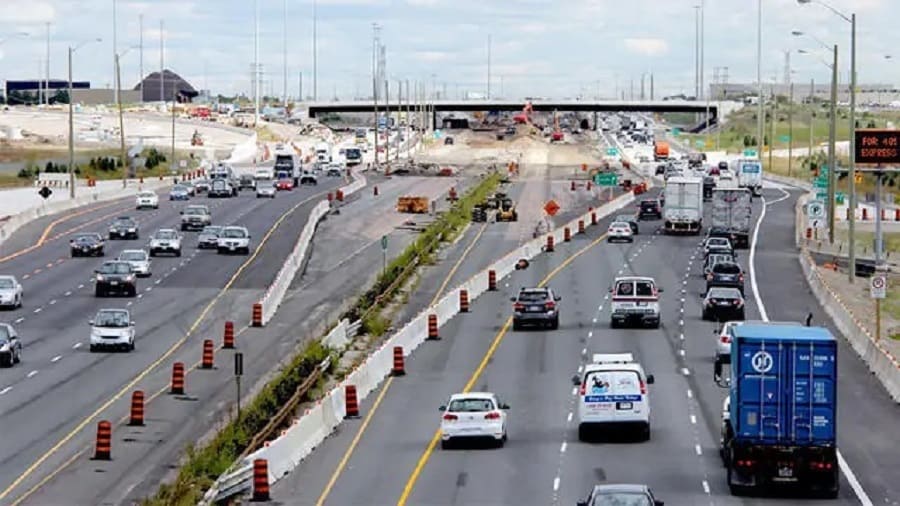 Westbound Hwy. 401 traffic through the heart of Mississauga is moving slowly this morning due to construction.

With lane realignment work being completed in the highway’s westbound lanes approaching Mississauga Rd., heavy traffic delays have been reported all morning from approaching Hurontario St. in the express lanes and from around Mavis Rd. in the collector lanes.

This past weekend, traffic in the area was re-routed due to temporary Hwy. 401 westbound ramp closures at Mavis and Mississauga Rds. in addition to Winston Churchill Blvd.

Motorists can expect delays on and off as highway construction continues into 2022.

The $640-million Hwy. 401 expansion project, which began construction in 2019, includes the widening of 18 kilometres of the 401 from Mississauga to Milton.

It also includes reconstruction of bridges as well as upgrades to support facilities and features.

The expansion is expected to be completed by 2022.

Once completed, the Ontario government says the expanded highway will include:

West Corridor Constructors was awarded the contract to design, build and finance the Hwy. 401 expansion project.