Most Canadians comfortable with pace of easing restrictions: poll 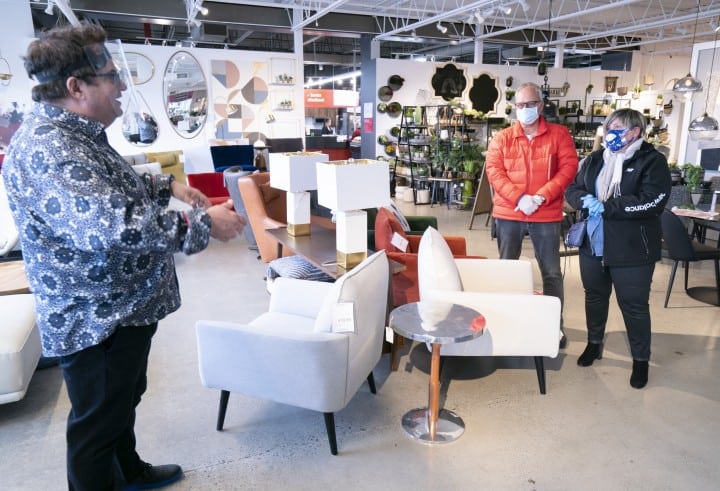 As provinces start to tiptoe toward normalcy by gently lifting restrictions aimed at slowing the spread of COVID-19, a new poll suggests Canadians are largely happy with the pace.

People in most provinces taking steps to reopen were between 60 and 70 per cent supportive of those moves, while 16 to 30 per cent would like to see their government slow down a little.

Some provinces have already begun loosening physical distancing measures put in place as the growth in the number of COVID-19 cases started picking up steam in March.

In Quebec, which has the highest number of COVID-19 cases in Canada, the province is allowing some retail stores to reopen outside of Montreal with an eye to reopen the manufacturing and construction sectors next week. On Monday it pushed back the reopening of non-essential stores in the Montreal area at least another week.

Ontario, with the second-highest number of confirmed cases in the country, is allowing the partial reopening of some seasonal businesses. Manitoba has gone even further, allowing slightly restricted access to libraries, museums, and restaurant patios.

But in Alberta, which plans to allow certain retail stores, restaurants, and daycare centres to reopen as early as May 14, people seem less comfortable with how quickly things are moving.

There, 50 per cent of respondents would like the province to slow down.

The poll, conducted by Leger and the Association for Canadian Studies between May 1 and 3, surveyed 1,526 adult Canadians and 1,002 adult Americans randomly recruited from its online panel. The internet-based survey cannot be assigned a margin of error because online polls are not considered random samples.

“Everywhere else people seem to be in tune with what their governments have announced.”

Bourque was surprised by the latest results, considering similar polls in the last weeks indicated Canadians wanted to see major milestones hit before physical distancing measures were lifted, such as the development of a vaccine or a two-week period without new cases.

“I expected people to be even more cautious than they are,” he said.

In the latest poll, 28 per cent said they would be comfortable lifting restrictions if there are only sporadic cases and no pressure on the health-care system.

One reason for the acceptance of provincial plans to gradually reopen may be the steady support and trust respondents have expressed in their governments, which have remained high throughout the Canadian epidemic, Bourque said.

The other reason may be that people are starting to slip when it comes to following the rules.

In general, the poll suggests Canadians’ fear of themselves or a loved one contracting the virus is lower than it was at the end of March. And while 27 per cent of Canadians said they did not comply with at least one of the public health measures two weeks ago, that number grew to 35 per cent in the latest poll.

That’s mainly because people are a little more likely to visit friends and family now, Bourque said. Last week only 16 per cent reported doing that and this week it was 18 per cent.

“More people now find it harder to do everything governments are asking them to do,” he said.

This report by The Canadian Press was first published May 5, 2020.