More Traffic Cameras May Be Coming to Mississauga 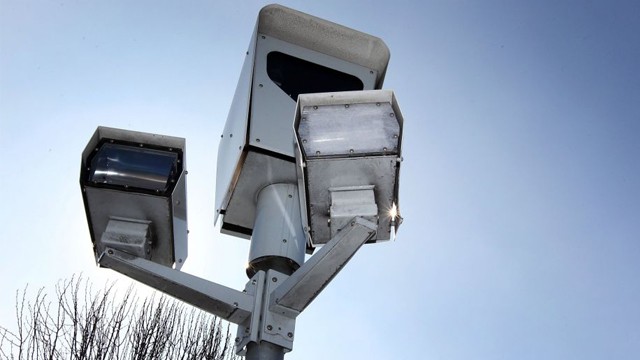 Earlier this week, the Ontario government announced that it plans on working with municipalities to fight speeding.

The provincial government is planning to introduce legislation that will target more reckless drivers and, ideally, protect school children, cyclists and pedestrians.

If the legislation is passed, cities will be given more tools to improve safety in community safety and school zones and Mississauga Mayor Bonnie Crombie is more than pleased with the idea.

“I welcome news that the Wynne government will empower municipalities to install Safety Cameras near schools to reduce dangerous speeding and protect families, “ says Crombie in a recent news release. “All options must be on the table to keep children safe.”

The measures in the proposed legislation include automated speed enforcement (ASE) technology on municipal roads that takes pictures of speeders’ licence plates, the creation of reduced speed zones to help mitigate the severity of vehicle-pedestrian collisions and a streamlined process for municipalities to participate in the province’s Red Light Camera program without the need for lengthy approval.

While Crombie is happy with the proposal, she appears to have some reservations regarding how the safety cameras are used. To her credit, she acknowledges that they can, in some cases, be used to increase revenue rather than keep people safe–something she hopes to avoid.

“I am adamant that all revenue generated by safety cameras must be invested back into community safety. Safety cameras cannot become a cash grab. This has to be about keeping children safe. We will need greater discussions at council, with our Traffic Safety Council, Safe City Mississauga and consultations with schools, parent councils, trustees and residents, to ensure Safety Cameras will make a positive difference in neighbourhoods.”

The legislation has been proposed in response to concerns regarding pedestrian/vehicle incidents in the province (in fact, three pedestrians were hit this week alone in Mississauga and one woman succumbed to her injuries).