Mississauga has been ambitious regarding growth and has been, generally speaking, unafraid to welcome new residential projects.

And it looks like more housing could be coming to one of the city’s most bustling neighbourhoods.

As many residents have no doubt noticed, there are quite a number of projects happening in downtown Port Credit that are shaping the way the community looks and feels. As a central community hub with a lot of history and culture, the changes are significant.

Port Credit is about to be home to a portion of the LRT line along Hurontario Street, the Inspiration Port Credit project and a Waterfront Parks Strategy. Amongst all the larger changes, smaller additions to the community are beginning to take shape.

The City of Mississauga recently re-zoned certain sections of the downtown Port Credit area, which will help facilitate the inclusion of semi-detached dwellings in certain communities.

The first proposed change to medium density zoning is located south of High Street West, between Wesley Avenue and Mississauga Road North (labeled as 1 in the image). This area is known as the North Residential neighbourhood in the Port Credit area. This area is home to a variety of detached, semi-detached, duplex and triplex dwellings. 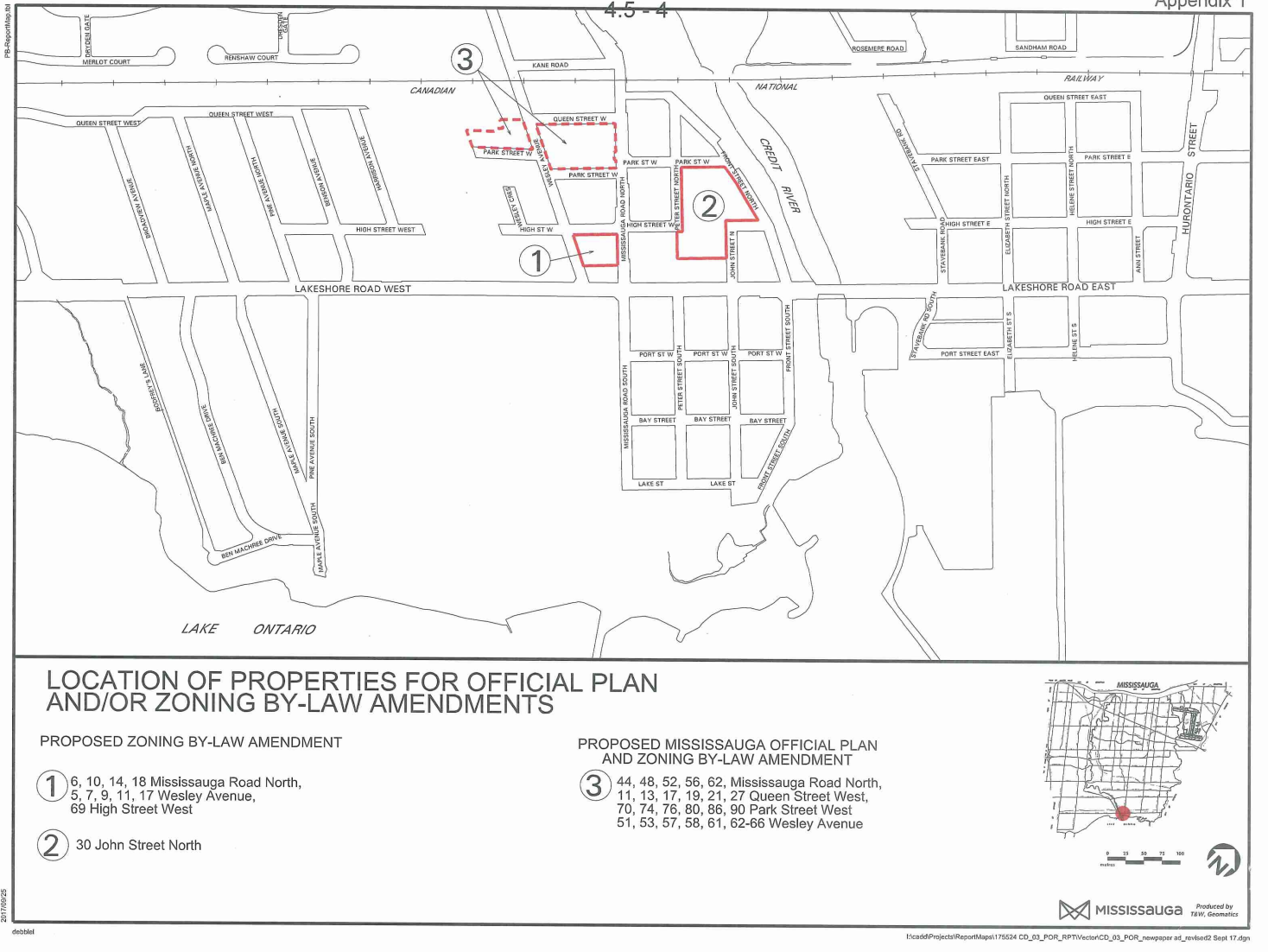 Rezoning can change the community feel because it basically allows for new buildings to look different—sometimes quite different—from what’s already in the area.

The Port Credit Built Form Guide points out that although the existing character of Northern Residential neighbourhood will be preserved, changes should be anticipated. Future buildings will only have to be within the character of the surrounding area.

The second site that requires rezoning is a property located on John Street North. This section of land will go from being what’s known as a residential medium density zone to a residential apartment zone. This specific property is located within the Port Credit Central Residential Neighbourhood, which is why there is zoning for apartment buildings.

As properties within downtown move towards the lake, the height and density of the buildings continues to increase.

The third site for changes are the properties on Mississauga Road North, Queen Street West, Park Street West and Wesley Avenue. This area is designated as Residential Medium Density in the Official Plan. The new policy proposed would, once adopted, allow detached and semi-detached homes. 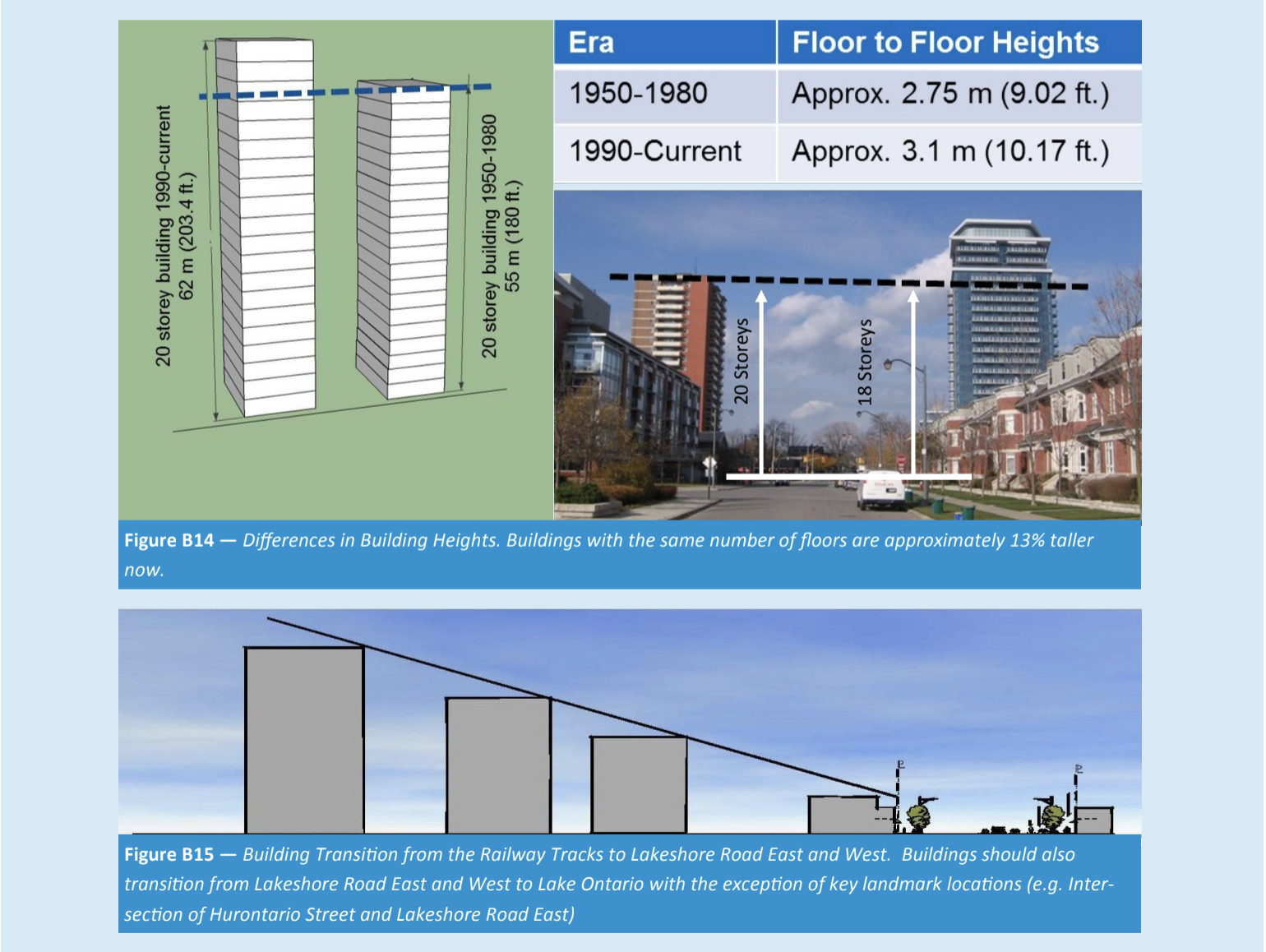 In October 2017, a public meeting was held to gain more public input on the issue of changing the zoning bylaw. There were some concerns from the community that the zoning changes included semi-detached dwellings in an area where there are currently no such properties standing. The amendment would allow for the use of semi-detached homes, although it is unknown at this time what, exactly, will be built.

There are a variety of other components that go into the development of the Port Credit area, some of them (and not a comprehensive list being) changes for tourism, bike paths, and environmental and heritage considerations.

There will be more updates to follow as progress continues on both small and large projects.

Brampton's new Chalo! FreshCo celebrates grand opening
Chalo! Brampton shoppers.Local residents have a new place to fill their grocery needs with the opening Thursday of the Chalo! FreshCo on Airport Road and Countryside in Brampton.
END_OF_DOCUMENT_TOKEN_TO_BE_REPLACED