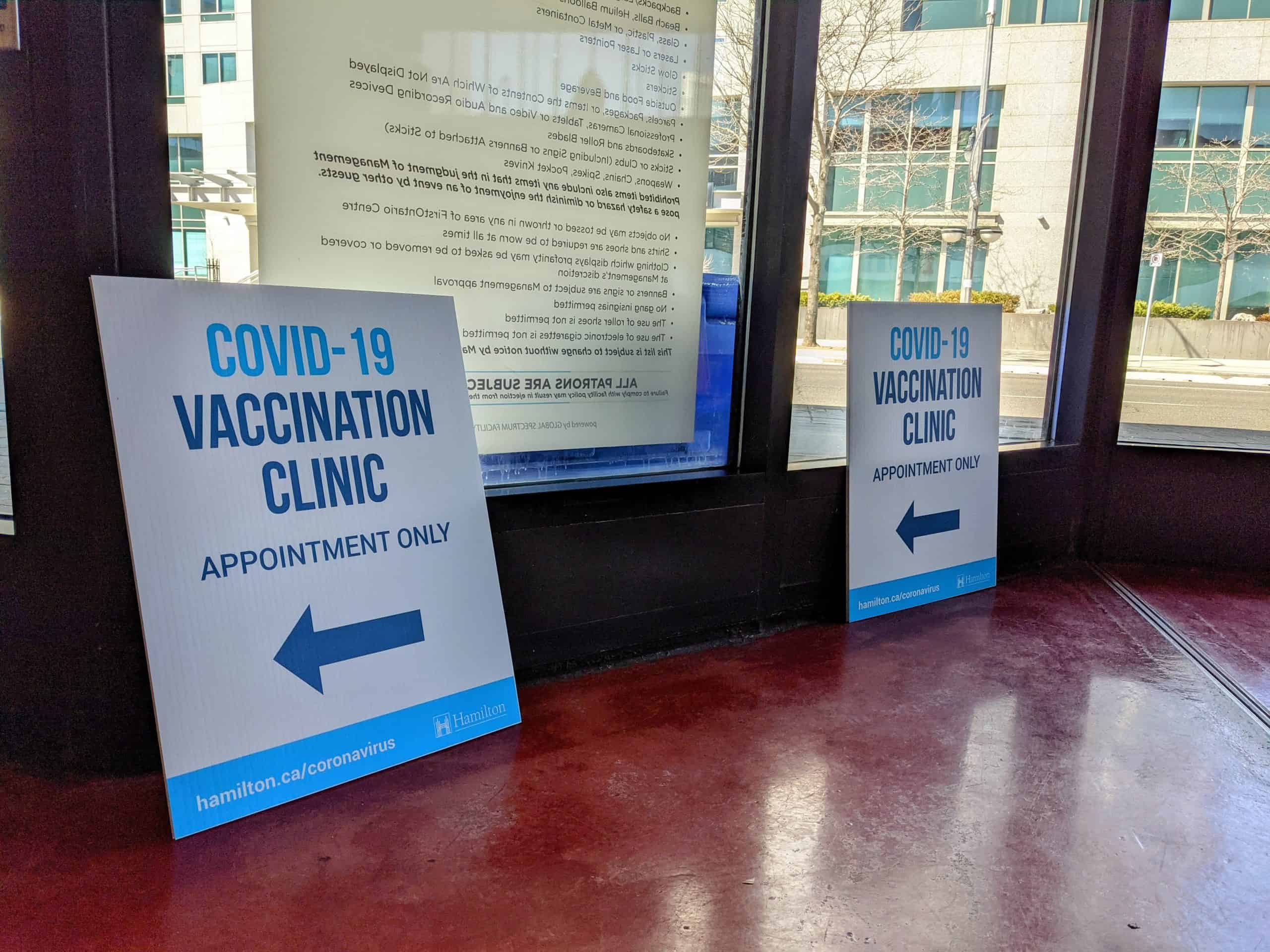 Hamilton’s COVID-19 vaccine rollout continues to expand and in the coming days, more inner-city residents and frontline education workers are expected to become eligible for their poke.

Richardson told the committee that very soon, residents in the L8N, L8L and L9K postal codes who are 50 years of age and older will be added to the provincial booking system at the request of Hamilton Public Health Services.

The apparent discrepancy in how the province determined Hamilton’s hotspots (L8W, L9C — East and West Moutain, respectively) in their Phase 2 rollout, and the reality that inner-city residents are disproportionately affected by the pandemic, was addressed by Richardson.

She said that the methodology and data used by the province to determine hotspot postal codes was slightly different than what local health-care partners used.

Municipalities do have the authority to “tailor their hotspots,” Richardson said, but the province has to ultimately approve where the vaccine is being distributed.

“The province used data that had an earlier focus point of January,” Richardson said. At that time, older populations were seeing the highest rate of hospitalizations and deaths associated with COVID-19.

Locally, public health experts on the ground have a more real-time snapshot of “where transmission is occurring now and this is part of the reason why we’re seeing different outcomes,” she said.

“Both methodologies prioritized racialized and [lower-income] communities,” but given the progress of the virus, trends are always changing and what we saw in January compared to now are very different scenarios.

The fact remains, however, that the COVID-19 variants are increasingly being transmitted among younger residents and producing more severe health outcomes, Richardson said, which is why local vaccine efforts are starting to shift.

Education workers are also top of mind these days as the number of cases in Hamilton schools continues to climb.

Richardson told the GIC that elementary schools in Hamilton are seeing higher rates of transmission than in previous waves of the pandemic.

“What’s happening in schools is a reflection of what is happening in our communities,” she said, adding that the city’s vaccine task force is working on making special education workers the next priority to receive their poke.

“They are the highest-risk group in school boards,” she said. From there, more education workers will become eligible, depending on resources and supplies, which remain somewhat strained.

Depending on what Ontario Premier Doug Ford announces later Wednesday, Richardson said she will be advising Hamilton’s school boards to prepare staff and students to a potential pivot to remote learning following next week’s Spring break.

“This will be dependent on the province’s announcement later today.”

As per provincial direction for Phase 2 vaccine rollout, which was announced Tuesday, people with high-risk medical conditions are also being prioritized in the days to come. Those residents will be contacted by their health-care team to book their appointment.

Hamilton paramedics will also start administering vaccines to home-bound residents starting the week of April 19, Richardson said. The details of that program will be made available soon.

On Wednesday, two pop-up vaccine clinics launched in Hamilton to services residents in the north-central part of the city.

Clinics out of Bernie Morelli and Pinky Lewis recreation centres are running until Sunday (April 11) by appointment only for people who are 60 years of age and older.

Members of the public can call the Public Health Services COVID-19 Hotline at 905-974-9848, option 7 to book their appointment.

As of Tuesday, 114,631 vaccines have been administered in Hamilton, which represents approximately 19.3 per cent of eligible residents.