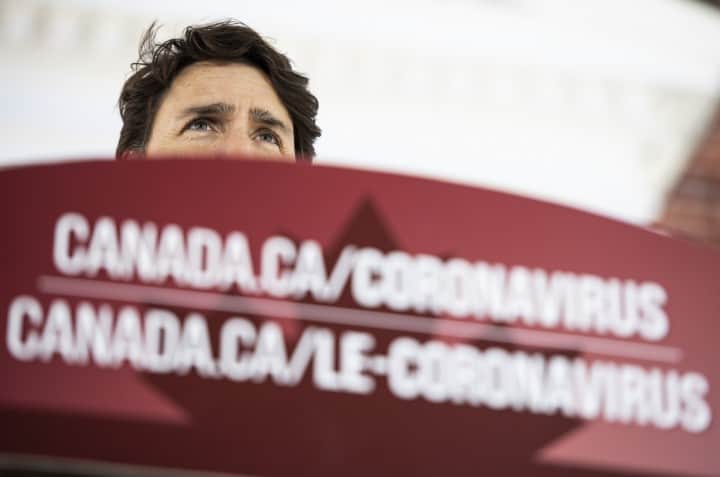 The grim COVID-19 march through many of the country’s nursing homes left more elderly residents dead on Tuesday as the facilities fought desperately to stem the lethal spread of the novel coronavirus.

In all, Canada is closing in on 26,000 confirmed and presumptive cases of which more than 800 have been fatal.

The virus has hit older people disproportionately hard, with more than 90 per cent of those dying older than 60 years. But the pandemic has been especially brutal to the frail elderly.

Dr. Theresa Tam, the country’s chief public health officer, said outbreaks in long-term care homes were the most pressing epidemic problem. More than half the deaths in the country had occurred in such homes, Tam has said.

“These stories are horrifying,” Prime Minister Justin Trudeau said, even as he noted long-term care is a provincial responsibility. “We know we need to do more.”

Quebec, which has seen the most COVID cases and deaths among provinces, said many of the victims were elderly. About 30 facilities had more than 15 per cent of residents infected, the province said.

In an effort at dealing with the onslaught, a Montreal hospital said it would set up a special unit to treat residents of seniors homes. Starting next week, the unit would care for up to 25 of the sickest patients from long-term care homes.

Ontario reported 43 new deaths on Tuesday for a total of 334.

One home in Toronto said it was attributing nine more deaths to the virus, bringing to 25 the number of fatal infections. In addition, the Eatonville Care Centre said there were 49 confirmed cases of COVID-19 in the home.

Similarly, two residents of a care home in British Columbia tested positive just days after four staff members were diagnosed with the respiratory illness. The facility is among 20 long-term care and assisted-living homes in B.C. to be afflicted.

In Ottawa, Trudeau announced that everyone returning from abroad will have to come up with a “credible” quarantine plan. Otherwise, they will have to stay in a hotel for their 14-day quarantine period.

Trudeau said everyone was “very interested” to know when the current anti-COVID restrictions might lift, but he said vigilance remained the watchword and no changes were planned immediately.

“The reality is that it’s going to be weeks still,” Trudeau said. “We’re going to have to do it in phases.”

Trudeau also promised additional financial aid for students, essential workers and supports for those struggling with the payment of commercial rents.

Opposition Leader Andrew Scheer called on all federal parties to strike a deal for Parliament to meet safely. Accountability, the Conservative leader said, is essential even though he said he supported Liberal government efforts to fight COVID-19 by spending more than $100 billion in emergency relief.

Two emergency sittings in recent weeks occurred with only the bare minimum of legislators in the House of Commons and Senate but normal parliamentary business was scheduled to resume next week.

Another indication of just how devastating the pandemic has been on the economic front came from the International Monetary Fund whose latest forecast predicts Canada’s economy will shrink by 6.2 per cent this year. That would be more than double the global retraction, which would be the worst year since the Great Depression of the 1930s, the fund said.

This report by The Canadian Press was first published April 14, 2020