It’s no secret that Mississauga has become unaffordable for many residents. In fact, a recent Vital Signs 2018 report, a publication released by the Community Foundation of Mississauga, finds 14.4 per cent of Mississauga residents are living on a low income.

The report also finds that 31.4 per cent of households spent 30 per cent or more of their income on shelter costs, meaning their homes are officially considered unaffordable.

For that reason, increasing affordable housing has become a priority in the Region of Peel (a region that encompasses Mississauga, Brampton and Caledon), and it was recently announced that approximately 20,000 more housing units will be required over the next ten years to address the mounting housing crisis in the area.

The affordable housing plan has been a point of discussion since earlier in this year.

The 10-year Peel Housing and Homelessness Plan (PHHP) was approved back in April 2018 at regional council with the goals of making affordable housing available to all Peel residents. It also aims to prevent homelessness in Peel.

On June 28, 2018, regional council approved the creation of the Strategic Housing Plan.

There is currently a housing continuum in Peel, as can be seen in the image below, and various needs are unmet in each of these different unit types.

Within the supportive housing units for individuals with physical disabilities, substance abuse or other illnesses, 50 per cent of demand was unmet.

"As you can see, there are significant levels of unmet need for all housing types in Peel," said Aileen Baird, director of housing services, Region of Peel. "And this is something we're all very aware of." 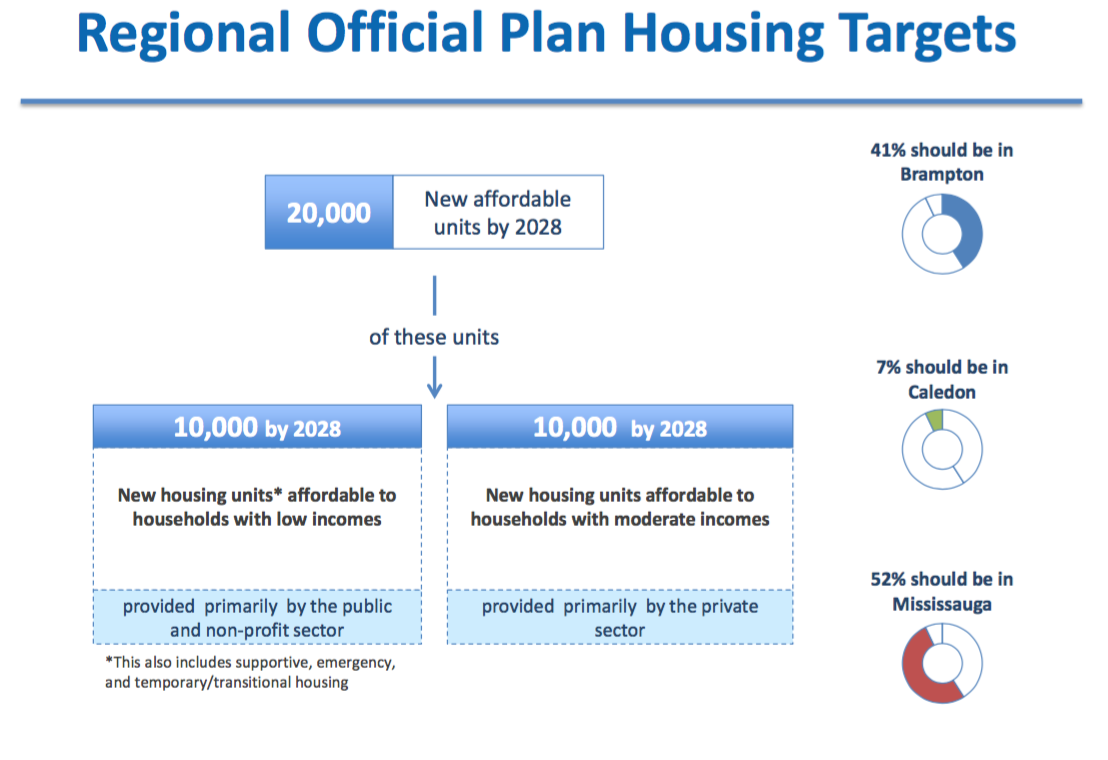 "We are striving to help our residents to get and keep suitable housing they all can afford," said Janice Sheehy, commissioner, human services at the Region of Peel.