The 108th Grey Cup Festival in Hamilton had to be scaled down due to COVID-19 restrictions, but the event still brought nearly $30 million to the area. (Thomas Skrlj/CFL.ca)

The 108th Grey Cup Festival in Hamilton had to be scaled down due to COVID-19 restrictions, but an independent study released this week revealed that last December’s event brought nearly $30 million in economic activity to the area.

The data suggests that the 110th Grey Cup, which will be hosted by Hamilton and the Tiger-Cats in 2023, has the potential to provide an even bigger economic boost.

“The Hamilton Tiger-Cats organization, in partnership with the Province of Ontario, the City of Hamilton and our corporate partners, would like to applaud fans from across TigerTown and the larger CFL community for joining us in Hamilton and making these incredible economic impacts possible,” said Scott Mitchell, Chief Executive Officer and Managing Partner, Hamilton Tiger-Cats/Hamilton Sports Group.

“We look forward to 2023 when the Grey Cup game and festival return to our great city and province, when we will deliver a full-scale festival of events all week, and an enhanced and expanded Tim Hortons Field on Championship Sunday.”

The event featured a sold-out championship game at Tim Hortons Field, which saw the Winnipeg Blue Bombers edge out the host city’s Tiger-Cats 33-25 in overtime to capture the Grey Cup trophy. 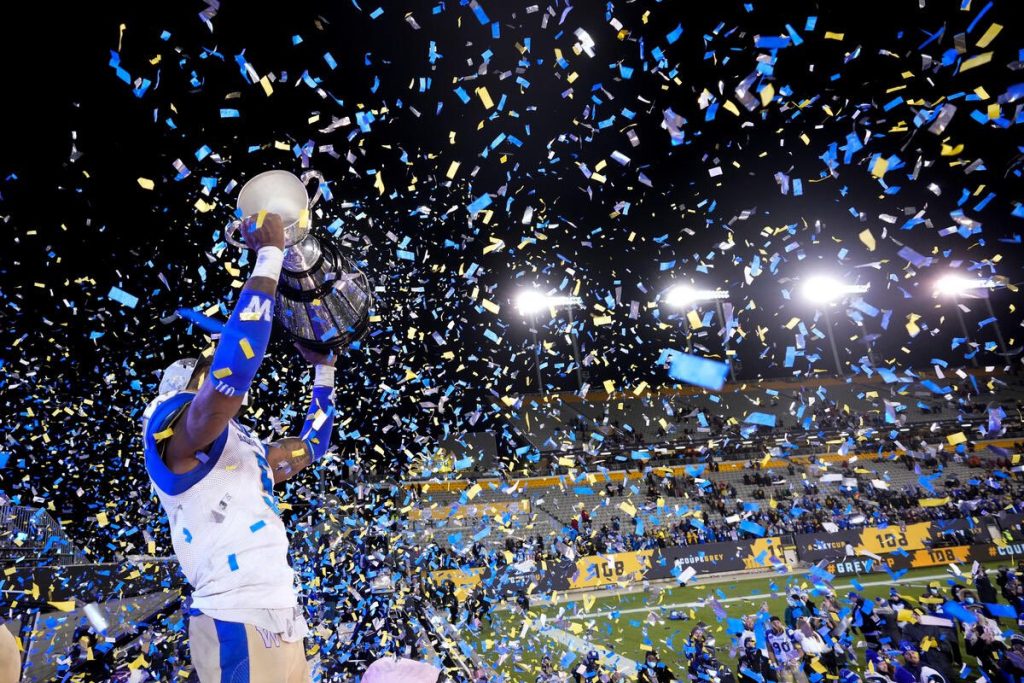 The combined spending of out-of-town participants, staff, spectators, media, VIPs, and other visitors to Hamilton for the 108th Grey Cup, combined with event organizers’ expenditures, totalled over $22.4 million — supporting over $34.8 million in overall economic activity in Ontario. These expenditures supported 233 jobs and $12.3 million in wages and salaries in the province, of which 206 jobs and $10.3 million were supported locally, according to the Sport Tourism Canada report.

Meanwhile, the city says it provided about $200,000 in municipal services in support of the event.

The week featured a modified Grey Cup Festival, as the vast majority of indoor events, including almost all of the parties and concerts that would normally attract huge crowds, were cancelled or adjusted because of health and safety concerns. It rendered long-term planning almost impossible.

Tim Hortons Field seating can be expanded to 40,000 seats but less than 27,000 were available for December’s game.

“I prefer to think of it as our Comeback Grey Cup instead of a COVID Grey Cup, but there is no disputing its smaller footprint. That’s what makes these economic impact numbers so remarkable,” said Randy Ambrosie, Commissioner of the CFL. “They speak to the power of the Grey Cup, even in challenging times. And they bode well for the complete 109th Grey Cup game and festival we have planned for Saskatchewan this November, and our return to Hamilton for the 110th Grey Cup in 2023, when we will deliver the full Grey Cup experience the city deserves.”

The study found that more than 18,000 people visited Hamilton for the festivities, generating $14.6 million in visitor spending, representing an $18.2 million boost to the provincial GDP.

The CFL commissioned the study that included a survey of 733 attendees who answered questions about their spending. Given the unique circumstances surrounding the 2021 Grey Cup, they were also asked how safe they felt attending Grey Cup festivities, with 97.5 per cent reporting they felt very safe or somewhat safe.

The full report is available on the Sport Tourism Canada website.