Moderna plans to test its COVID-19 vaccine on Canadian children 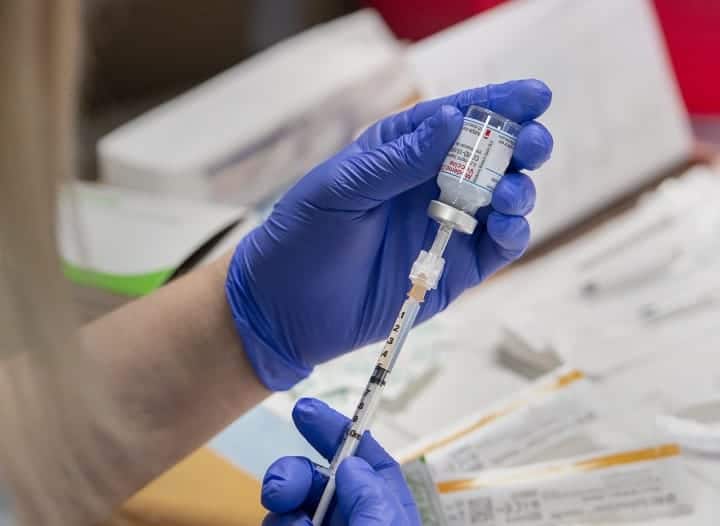 Moderna says upcoming clinical trials for its COVID-19 vaccine will include Canadian children, but experts say it’s unlikely students will receive one before the next school year in September.

Moderna says initial participants are based in the United States but that Canadian sites will be added as the trial progresses.

The biotech company says it hasn’t yet chosen the Canadian sites, nor Canadian participants.

The trial will evaluate the safety and effectiveness of two doses given 28 days apart. Participants will be followed for one year after the second vaccination.

In addition to Moderna, Canada has approved vaccines by Pfizer-BioNTech and Oxford-AstraZeneca for adult use, although the Pfizer product can be used by people as young as 16.

Dr. Caroline Quach of the National Advisory Committee on Immunization said Tuesday that she expected to see trial data from Pfizer involving 12-to-15-year-olds in two-to-three months.

But she said she didn’t expect one would be ready and approved for Canadian children before the end of the year.

AstraZeneca has also started a trial with younger age groups, while Johnson & Johnson is expected to run a vaccine trial involving teens this spring in Toronto and Burlington, Ont.

But like Quach, Health Canada’s chief medical adviser did not expect to have a vaccine ready for children by the time school starts in September.

“I think that timeline may be a bit optimistic,” Dr. Supriya Sharma said earlier this month.

“The trials in children tend to be a bit slower to get up and running in terms of recruiting individuals. And then of course, we have to conduct the trials and then take that information and assess that.