Mississauga’s upcoming waterfront development will be home to new feature 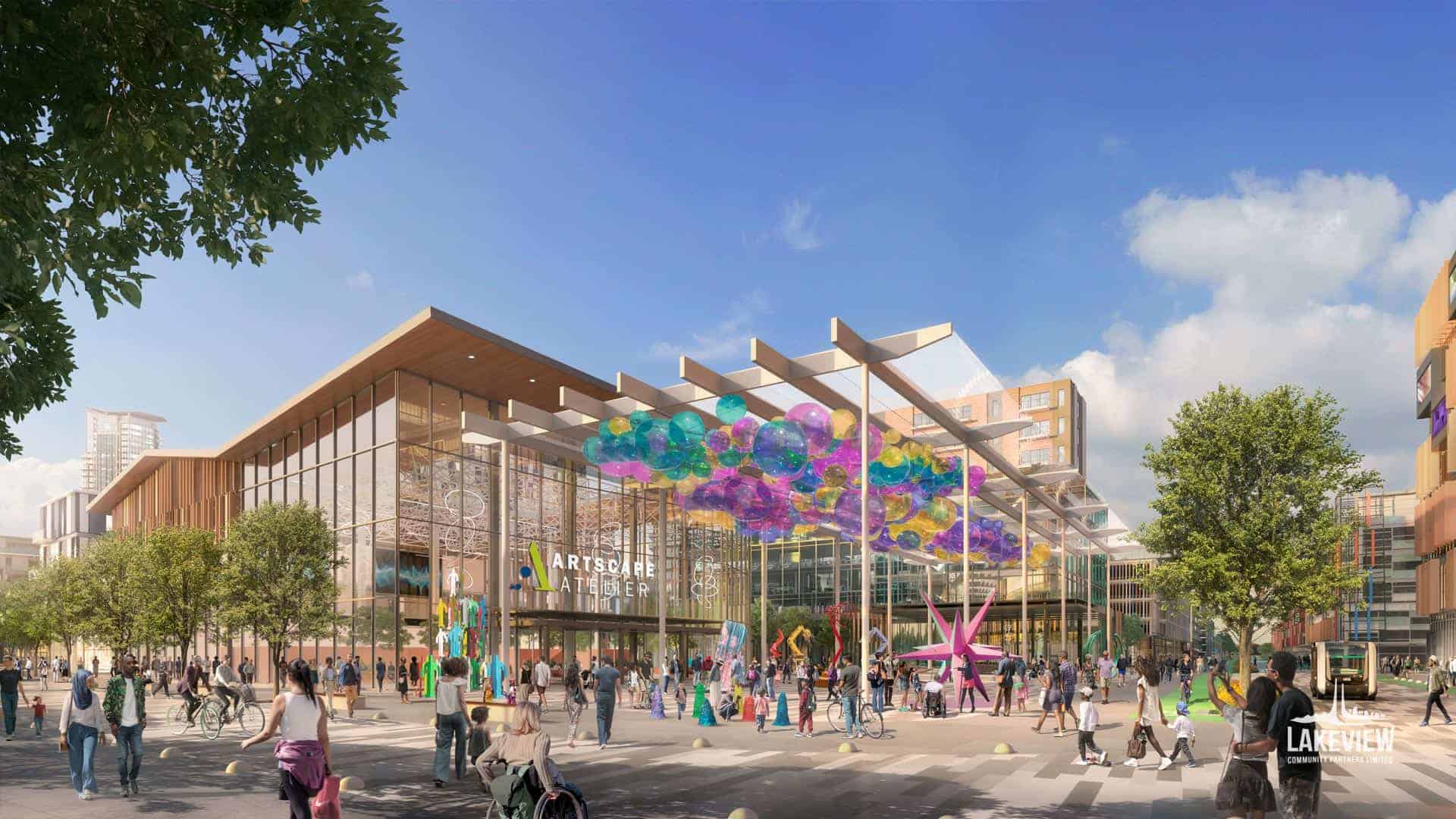 Studio F Minus, a Toronto collective of artists, will unveil a large sculpture on Mississauga’s waterfront later this year.

Lakeview Village, in collaboration with Artscape, is bringing a new group of artists together to create a series of public art displays at the Discovery Centre, a future hub for the community currently being constructed in the city’s east end.

The Studio F Minus artistic creation will set out to explore the powerful relationship between humans and the natural world, integrating themes such as transformation and connection, inspired by lakeside elements such as wind and water.

The sculpture will be developed over the next several months and is set to be a landmark and contemplative piece that captures imaginations and draws eyes upwards and outward to Lake Ontario. Similar in nature to the artist-based hoarding initiative launched in 2020, the completed sculpture will allow the community to again connect with art, the site and its relationship to the waterfront.

The initiative will also give one or two emerging Mississauga artists an opportunity to learn how to develop and take part in a public art experience through a paid, four-month, hands-on mentorship program.

“We are strong believers in the power and significance of public art and its profound ability to enhance the built form, everyday environment, and quality of life,” said Brian Sutherland, development lead for Lakeview Community Partners.

“Engaging local artists in the process is something we have worked extremely hard to prioritize throughout the construction phase and will continue to do so in the future.”

Lakeview Village is being built on the former Lakeview Power Generating Station lands, which sat vacant for years until Lakeview Community Partners purchased them in 2018 and began creating a vision and master plan for the site.

The ambitious development will feature transit-connected housing, office space, retail, restaurants, trails, parks, green space and cultural and recreational amenities. The community will also be connected to the nearby 64-acre Jim Tovey Lakeview Conservation Area, named for the late city councillor who worked to bring the project to fruition.

The new neighbourhood is located in southeast Mississauga on Lake Ontario, approximately 3.8 kilometres east of Port Credit, near the western limits of Toronto. The site is well-connected to major roads and highways, with Lakeshore Road East forming the north boundary of the site. The neighbourhood also boasts convenient access to both the QEW and Highway 427.

According to the city, the waterfront property will have a significant amount of parkland that includes a planned waterfront park connecting Lakefront Promenade Park to the west and the Jim Tovey Lakeview Conservation Area to the east.

For more information on the project, visit the development website.