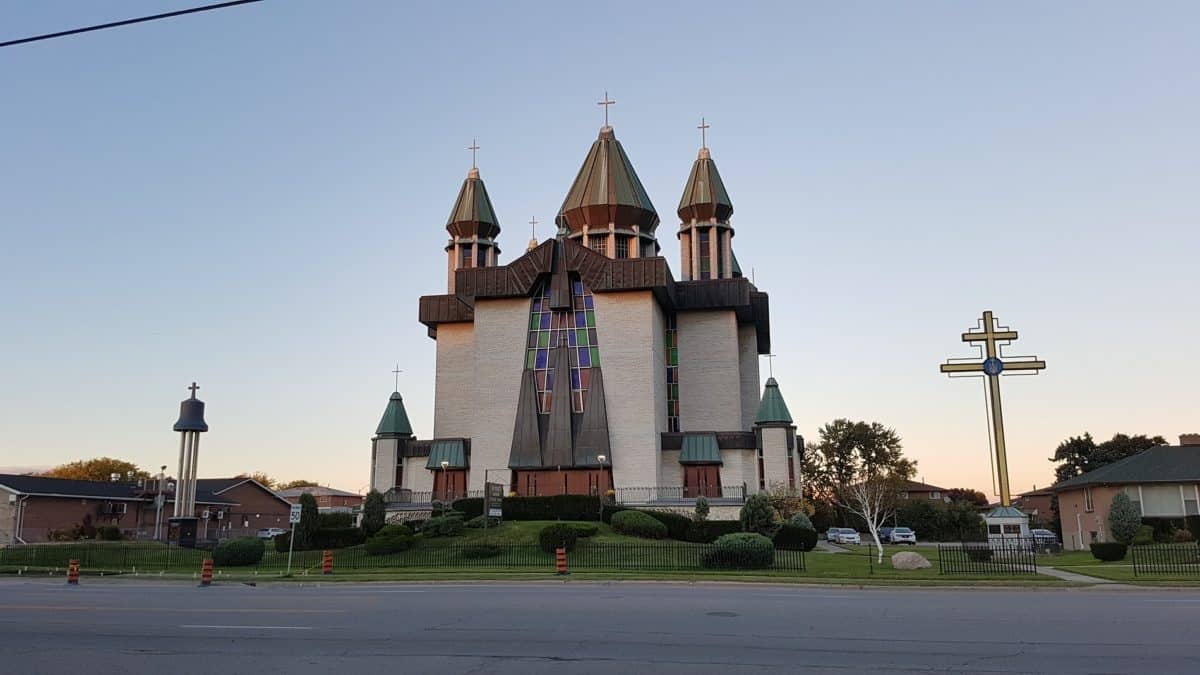 St. Mary's Ukrainian Catholic Church in Mississauga numbers some 1,300 families among its parishoners. The Ukrainian community is "deeply concerned" in the wake of Russia's invasion of Ukraine. (Photo: St. Mary's)

Members of Mississauga’s Ukrainian community are “deeply concerned” for family members and friends in their homeland after Russia launched an invasion of the sovereign nation earlier today (Feb. 24).

With widespread reports overnight that explosions were heard throughout Ukraine as Russian troops moved inside its borders, Mayor Bonnie Crombie said at a press conference this morning (Feb. 24) that she’s spoken with members of the city’s Ukrainian community and “they’re deeply concerned.”

Crombie, like numerous political leaders at all levels of government in Canada and around the world, expressed outrage at Russia’s aggression in targeting a sovereign country.

Mississauga’s mayor said the international community must step up to protect Ukraine’s sovereignty, and here at home Ottawa needs to stand in tough opposition to Russia’s dangerous and violent behavior.

“I encourage the federal government to impose the harshest sanctions possible for this egregious act of aggression,” said Crombie, who then turned her thoughts to Mississauga’s people of Ukrainian descent. “I want to send a message of support to members of our Ukrainian community. My thoughts are with you and with your loved ones.

“I can only imagine the deep concerns you have right now,” she continued. “Mississauga stands in solidarity with the people of Ukraine as well as those around the world in strongly condemning this brazen and unprovoked attack on Ukraine and its sovereignty.

“I am in full support of the federal government’s ongoing response to the situation, including its commitment to send additional troops to the region and impose more punitive sanctions in light of this morning’s attack. My thoughts and prayers are with the people of Ukraine.”

While larger percentages of Ukrainian Canadians have settled in Manitoba and western Canada, the population in the GTA is also significant.