Mississauga's Size Compared to Other Cities

I recently came across an interesting set of maps from a Toronto urban planner named Gil Meslin. In reply to a tweet about how Mississauga has more people than Winnipeg, Regina, or Vancouver, Meslin’s response was to compare Mississauga to the relative size of other cities, to give a visual comparison as to how they match up.

This reminds me of a previous article Insauga wrote about how Mississauga had the same population to several other cities in Europe and North America. While they may contain roughly the same amount of people, in terms of physical shape and size Mississauga can be much different in comparison with other cities.

Here is Mississauga compared with Winnipeg (courtesy of Meslin’s tweet): What is noticeable is that Winnipeg, with roughly the same amount of people as Mississauga, is actually slightly bigger in terms of physical size. That may be due to the different ways both cities evolved; Mississauga was created from amalgamating three specific towns (the then Town of Mississauga, Streetsville and Port Credit) with a smattering of villages in between. Winnipeg as we know it today was an amalgamation of thirteen rural municipalities, towns and other cities, including the City of Winnipeg in 1972.

The current Winnipeg boundaries was the former metro Winnipeg area prior to 1972 (similar to the old Metro Toronto prior to 1997). Yet it was only as of last year that Winnipeg got around the same population as Mississauga; there are even certain parts of Winnipeg (at least in the south end) that can still accommodate the traditional subdivisions, something Mississauga can no longer do. One can argue that Mississauga is perhaps not as sprawling a suburb it’s been traditionally known, since we can see there is a much more sprawling city out west in the capital of Manitoba.

There were other comparisons that were of interest as well, with cities outside of Canada. Here is Mississauga in comparison in size to Manhattan in New York City: 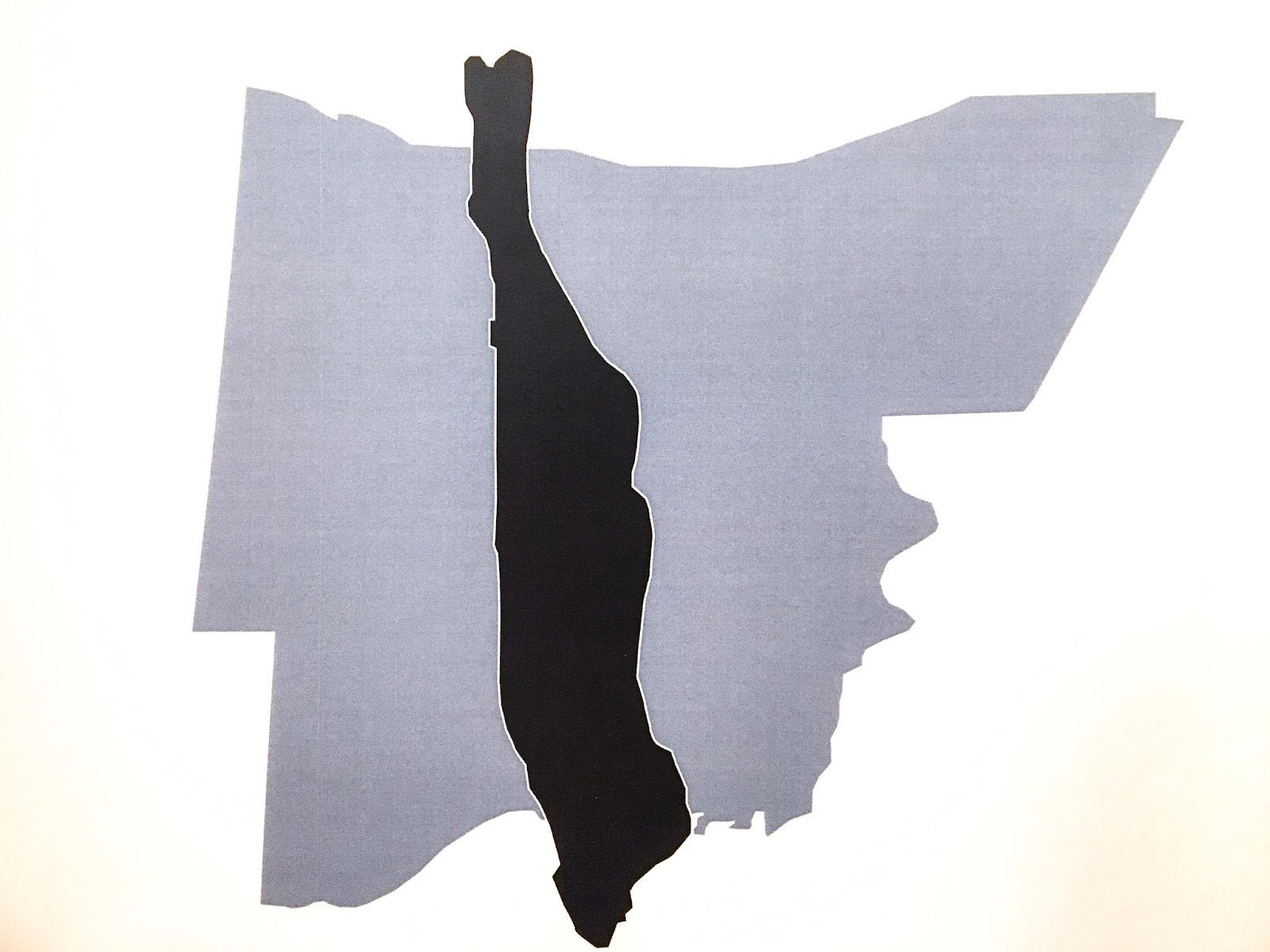 Here is Mississauga in comparison with Seattle, Washington:

And Here is Mississauga compared to Portland, Oregon:

So Although Mississauga is still known as a suburb, comparisons really put things into perspective. We’re bigger than a lot of well-known cities. Makes you think, doesn’t it?