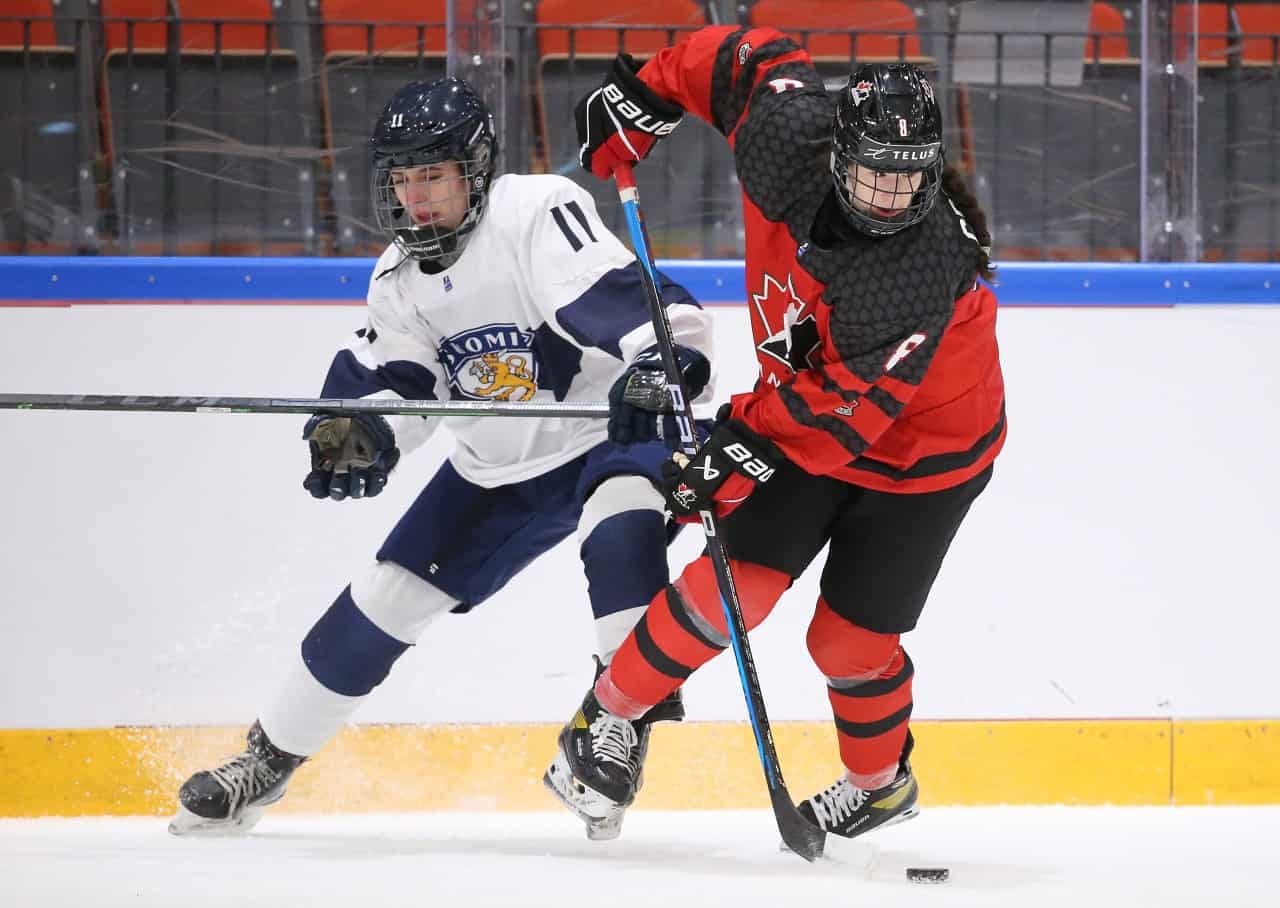 Game action between Canada and Finland from earlier in the tournament. (Photo: Hockey Canada Twitter)

Mississauga’s Charlotte Pieckenhagen and her teammates on the Canadian U18 women’s hockey squad will take on Finland in semi-final action tomorrow afternoon (Jan. 14) in Sweden as they attempt to advance and eventually successfully defend their world U18 championship title.

Game time Saturday is 2 p.m. (EST) and when they take to the ice, the Canadians will know who awaits them in Sunday’s gold medal game should they advance.

Canadian arch-rival United States takes on Sweden in the other semi-final on Saturday. Puck drop for that contest is 10 a.m. (EST).

If the heavily-favoured Canadians and Americans square off in the gold medal game, it will be a rematch of the final of the 2022 championship tournament held last June in Wisconsin.

In nail-biting fashion, Canada edged the U.S. 3-2 last summer to dethrone the Americans and grab its first title since 2019 and sixth all-time.

In their final preliminary-round game on Wednesday (Jan. 11), the Canadians got two goals from Caitlin Kraemer (Waterloo, Ont.) and a pair of assists from Pieckenhagen en route to a 3-1 win over the U.S., which had taken an early 1-0 lead.

The assists were the Mississauga forward’s first points of the tournament.

Pieckenhagen, 16, the lone Mississauga skater on the Canadian squad, plays for the Mississauga Hurricanes in the Ontario Women’s Hockey Association’s (OWHA) Under-22 Elite loop.