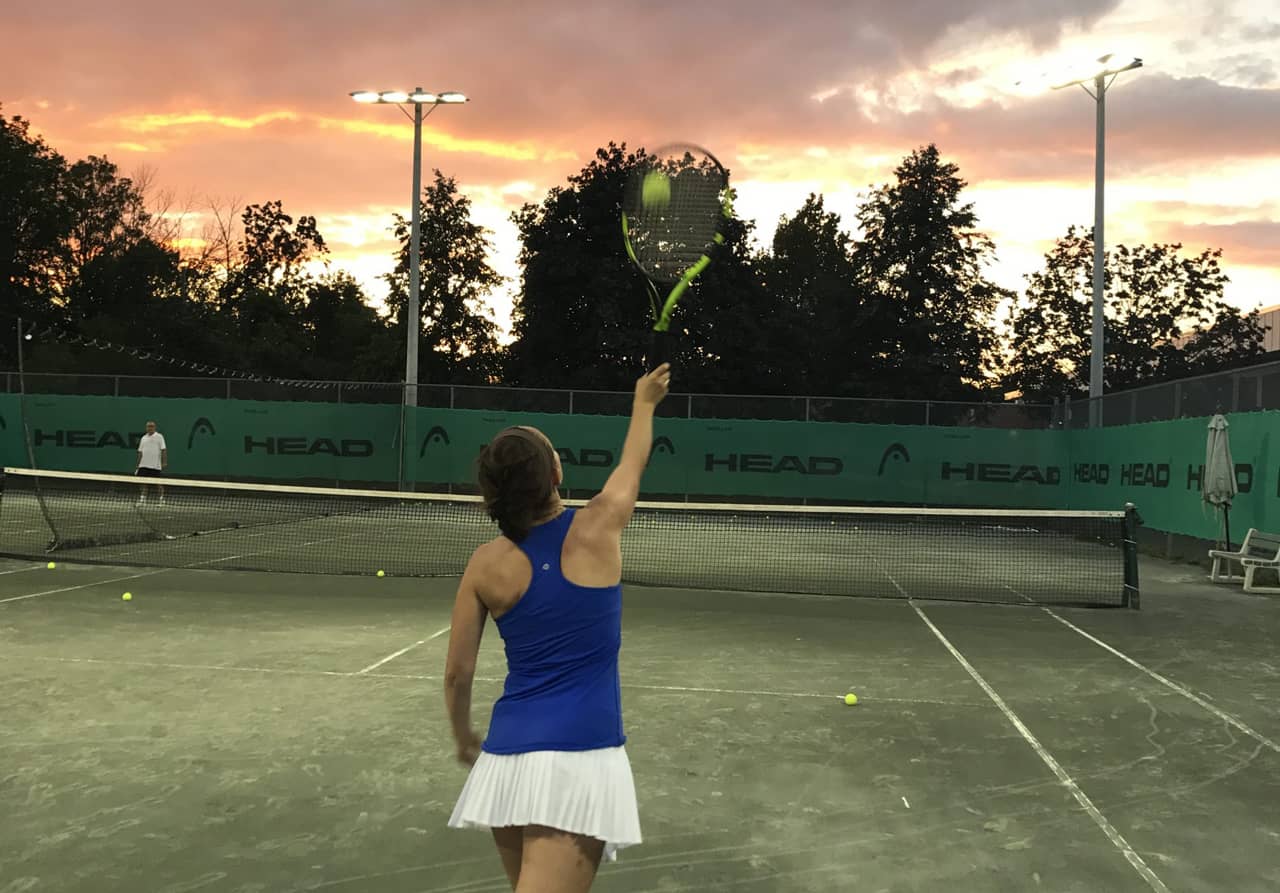 A Mississauga tennis club marks 100 years this August and they are planning a big celebration.

The Credit Valley Tennis Club, a not-for-profit community-based club, is marking the centennial with a special day on Aug. 21. The club is the oldest in Mississauga.

“We are the longest running club of its kind, and we’re still we still operate with volunteers,” Gabriella Ralph, club social director, tells insauga.

The club relies on volunteers to keep it going and members keep coming back.

“This is where friendships are formed through the years, and it’s the same people who join every year with their group of friends,” says Ralph.

One hundred years ago, tennis players came dressed all in white – long trousers for the men and skirts for women. And on the celebration on Aug. 21, players will come decked out in white and play a tournament with wooden rackets, says Ralph.

“So we’ve collected all the wooden rackets and we’ve asked everyone to wear a white,” says Ralph.

The club planted a tree commemorating 100 years and there will be a plaque and dedication ceremony. The event includes live music and international cuisine. There will also be games for kids.

In 1977, the International Tennis Federation voted to drop lawn and clubs followed suit.

Resident John Vale and other prominent community members started the club back in 1922. Architect Dixie Cotton owned the property, he had the cinder courts built, leased the land to the club, and he was also a member.

A 1923 financial document from the club shows they generated most of their revenue from a community dance. The club focus was on family and community and they held other social events such as pub nights, pot lucks and brunches.

In 1971, the club moved from its original home on Veronica Drive to Huron Park. Membership grew from under 100 to 450 members.

These days, the membership sits at around 750.