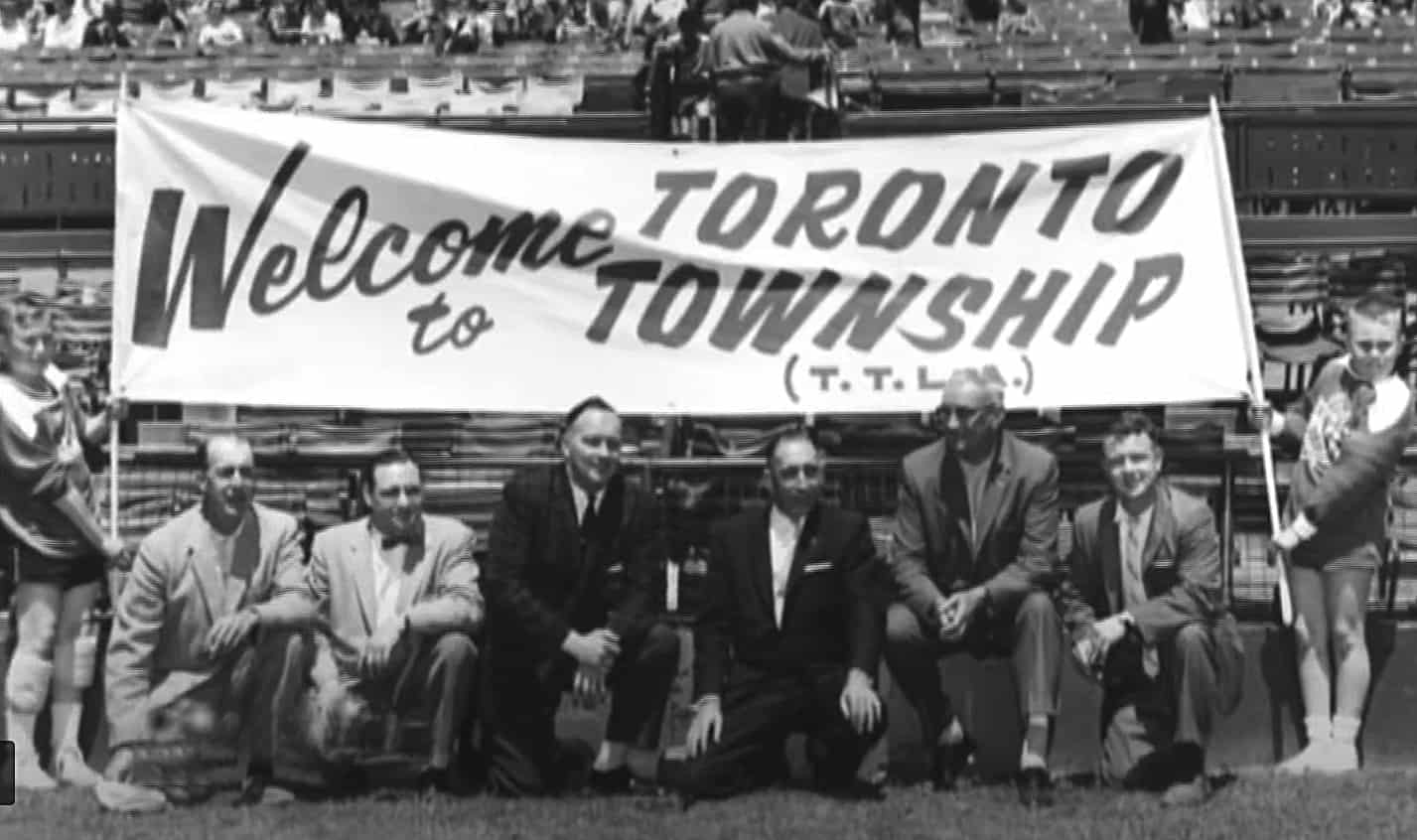 By all accounts, Jerry Love enjoyed a lifelong love affair with Mississauga and the people who call it home. And they with him.

So, when the longtime director of recreation for the City of Mississauga and community volunteer died July 21 at his Mississauga home, at age 89, the outpouring of sadness, affection and kind words came quickly.

Social media posts, online condolences and other reactions from those who knew him speak of his love of family, his infectious smile, his charm, his love of playing handball, and of the Toronto Blue Jays (he was the driving force behind the popular Mississauga Day with the Blue Jays initiative).

But Love is perhaps best known for his desire to help kids, and he did just that in a big way through the Jerry Love Children’s Fund, created in 1985 to help cover costs of recreation and leadership programs for children from low-income families. To date, the fund has raised nearly $2 million and helped more than 15,000 children have fun, get exercise, learn skills and make friends by participating in sports, art, culture and social recreation activities.

Love, who retired from his City post in 1991 after 35 years in the recreation department, had a particular affection for children and wanted to help ensure all kids, regardless of financial circumstances, had access to recreation programs. Jerry Love is seen here with his granddaughters

Former Mississauga Mayor Hazel McCallion says Love wasn’t only an outstanding leader in the recreation field, but he was a real difference maker in the lives of thousands of children.

“He was so concerned about young people, and about making sure they had opportunities to participate. And he was so dedicated to raising funds, and he led the recreation staff in doing so, so that children (in need) could participate,” said McCallion, who proudly takes credit for coining the initiative the Jerry Love Children’s Fund. “That is very, very special. You don’t find too many bureaucrats who’ll do that. Well, Jerry Love did it. I admire him so much…his legacy will be a great one.”

McCallion added Love, who was inducted into the Mississauga Sports Hall of Fame in 1991 as a Builder, also helped put Mississauga’s recreation department on the provincial map.

“He was absolutely a very dedicated employee of the City and did a wonderful job in recreation. We were noted across the province in recreation, and Jerry was the founder of that status we attained.”

Those who worked with him said, for Love, making sure recreational opportunities were available to children was a labour of love. Additionally, he was also very proud of his accomplishments as the City’s recreation director, in particular the number of parks and community centres he oversaw during his career.

“Jerry was our first Director of Recreation and worked for the City for 35 years. After retiring he devoted another 30 years volunteering. Jerry believed everyone should have access to recreation and started the fundraising that became the Jerry Love Fund to provide financial assistance to residents. He was also known for connecting Mississauga with the Blue Jays and started Mississauga Day at the Blue Jays…great fun day for everyone. Jerry always had a smile for everyone he met and was so devoted to our city and our citizens…he had a heart of gold.”

Commenting on Saito’s post, former City Manager David O’Brien said, “When I became the Mississauga City Manager a long time ago, the first person I met with other than Council and staff was Jerry Love, a true gentleman and someone who always had a kind heart and a never-ending love for his community.”

Former Mississauga councillor David Culham, who served as city and regional councillor from 1973-2000, remarked on Saito’s post, “Let us celebrate a glorious guy who lived life well with a smile and good word. He was a great role model for those who worked with him.”

In his comment on the post, longtime Mississauga resident and current chair of the Tim Horton’s Southside Shuffle Blues & Jazz Festival, Ron Duquette, described Love as a “tireless community servant”, adding “Jerry was always giving and always had a smile on his face and a great story to tell.”

Love is survived by his wife of 59 years, Beth, son David, daughter Dianna and granddaughters Emily, Katey, Lauren and Sydnie.

(Photo: Jerry Love, kneeling far right, was shaping the direction of Mississauga long before it became a city, in this case when it was Toronto Township. In this undated photo he is seen with other dignitaries at old Maple Leaf Stadium for an event he organized in Toronto before a baseball game)