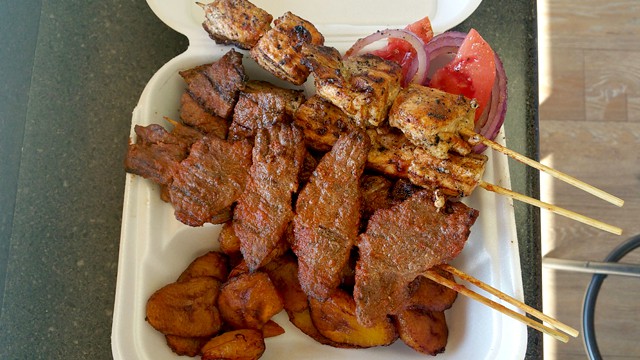 African street food has made its way into Mississauga and it’s a first for the city. Village Suya is an authentic African grill house restaurant that specializes in northern Nigerian street eats known as suya.

Co-owner Chanda Amadi opened the restaurant along with her business partners in Mississauga as an opportunity to introduce the cuisine to the masses, serve Mississauga’s African community and mostly because they were tired of having to leave the city to dine on their home country’s cuisine.

Suya is Nigeria’s version of a shish kebab, “it’s thinly sliced pieces of meat that are marinated in a mixture of ground kuli-kuli and other spices such as garlic powder and ginger”, says Chanda. Kuli-Kuli is a popular Nigerian snack made with roasted peanuts and a variety of spices.

“Suya is consumed and prepared all over Nigeria but originated in the streets of northern Nigeria where you will find street vendors grilling the marinated meat on an open fire. It’s usually served with tomatoes and onions (sometimes cabbage) and served wrapped up in a newspaper”. 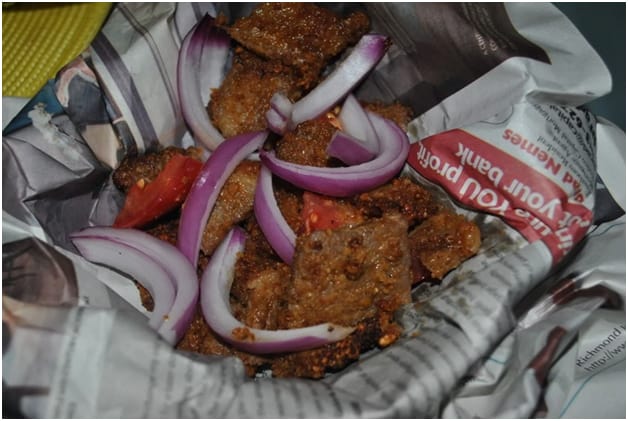 Chanda and her business partners started working on their menu’s recipes as soon as they sourced an importer of the Nigerian ingredients and spices. While the menu is simple, they plan to introduce new dishes such as jollof rice which is a popular Nigerian dish of rice cooked in a tomatoes sauce, onions and spices, similar to a paella or risotto.

I tried the beef and chicken suya along with a side of fried plantain and it was my first and pleasant introduction into Nigerian cuisine. The meat is super flavourful, tender and with a slight kick. Recipes typically include cayenne pepper.

Village Suya is Mississauga’s first Nigerian street food restaurant where Africans account for 5.1% of the total immigrants in the city (according to the latest immigration and citizenship census, 2006). Currently, there are less than a handful of Nigerian specific restaurants in the GTA.

The best thing about Mississauga is its ethnic diversity that brings countless food options in our city and Village Suya has opened up my palate to trying more of Africa’s cuisine.

Food Menu: You will find beef and chicken suya, whole and half chicken, quarter chicken and chicken breast along with a fusion dish called village suya wings (deep fried wings dusted in the suya spice), fried plantain, fried rice, warm spinach salad and roasted corn. There is also a baked mac & cheese dish on the menu – a popular dish in the Bahamas and Chanda’s family recipe (her husband who is also a co-owner and other business partners are from Nigeria).