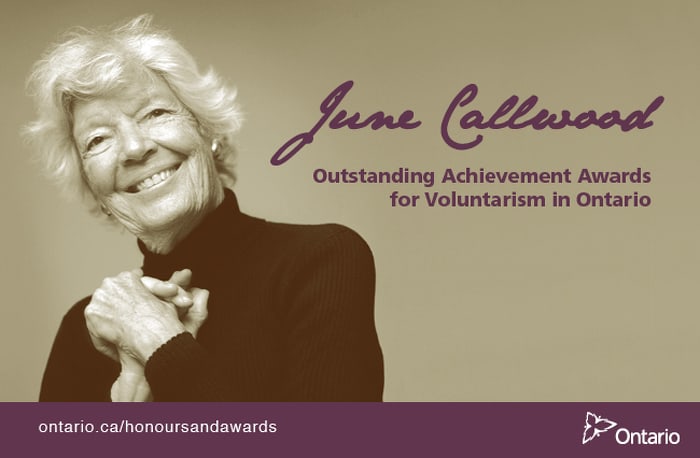 Mississauga’s Charles “Charlie” Brown and Adam Lake were among the 10 individuals and six volunteer organizations presented with the June Callwood Outstanding Achievement Award for Voluntarism in a virtual ceremony last week.

The award recipients are leaders who give their time to help seniors and children, support those who face violence in the community, and mentor and coach people of all abilities.

Brown, a gifted gardener and lifelong volunteer, contributed to the development of several community parks and established the Mississauga Garden Council, now known as The Riverwood Conservancy. Their gardens attract thousands.

Adams, who was born in Toronto, is a community activist and advocated whose volunteerism with various organizations has put him at the forefront of change, advancing the conversation on discrimination and equality.

“I am so proud of and grateful for the exceptional individuals and groups who continue to give back to their communities and demonstrate the very best of the Ontario spirit, especially amid these unprecedented times,” said Lisa MacLeod, Minister of Heritage, Sport, Tourism and Culture Industries. “Volunteers are a vital part of communities across Ontario – they touch our lives in so many ways, making our province one of the greatest places to live.”

The late June Callwood, who was a journalist and Order of Ontario appointee, was one of Canada’s most well-known social activists. She founded or co-founded more than 50 Canadian social action organizations. In memory of Callwood, the award recognizes the exceptional leadership, innovation and creativity of volunteers and volunteer administrators who make communities in the province better places to live and work.

“By selflessly helping others, volunteers across Ontario are an inspiration for us all,” MacLeod said.

Since 2009, a total of 203 individuals and groups have received the award. An independent selection committee, appointed by the Minister of Heritage, Sport, Tourism and Culture Industries, reviews the nominations and recommends candidates to receive the award.

All residents of Ontario are encouraged to nominate volunteers in their local community. The deadline for 2021 June Callwood Award nominations has been extended to April 1, 2021. For more information view Ontario’s Award Nomination page.