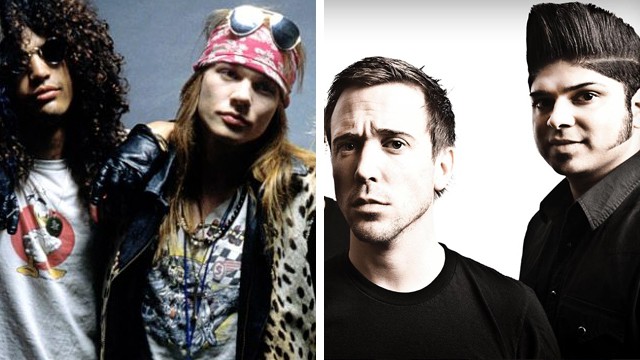 Are you a fan of Billy Talent or Guns N’ Roses? How about both?

The Mississauga rock band will be opening for Guns N’ Roses in one of the biggest tours of the summer, according to a Mississauga News article.

Billy Talent recently announced the news on their website, saying they would open for the latter band when it hits Toronto’s Rogers Centre for a concert on July 16, as part of the “Not in This Lifetime…” tour.

Ian D’Sa, guitarist for Billy Talent, expressed his happiness and disbelief on Twitter. He says he is beyond excited for the show.

The article reports several other big names in music who will also be joining Guns N’ Roses at various stops in their tour: Skrillex, The Cult, Lenny Kravitz and Alice in Chains.

This is a big moment for Billy Talent so get excited! Fans can also show support by grabbing their new album, Afraid of Heights, set to release on July 29.