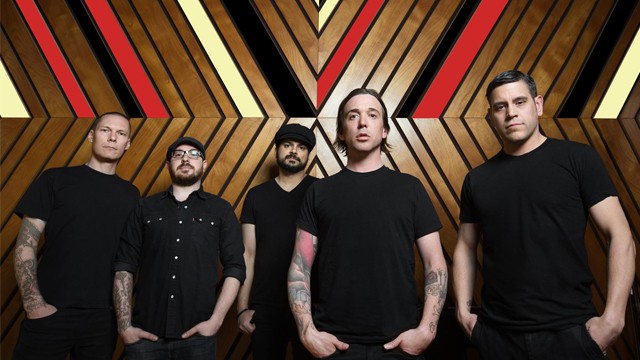 Mississauga’s very own Billy Talent recently dropped a new single and you can listen to it here.

According to a recent Alternative Press article, the homegrown rockers — whom the news outlet says “joined forces” with them to release the track — are releasing their first studio album since 2012.

The album is called Afraid of Heights and is slated for a July 29 release.

Billy Talent told the AP, “It’s about asking questions. It’s about friendship and loyalty and it’s about choosing to not accept things that don’t apply to us. That don’t represent us. It’s about believing in the person that’s reflected in the mirror and taking responsibility. It’s about the pressures that society creates and how we’re all trying to figure out where we fit in. It’s about following your dreams and knowing that when you get knocked down you have to get back up. It’s about listening to our planet and learning to respect her. It’s about love and loss and life… but more importantly it’s about the power of ROCK ’N’ ROLL.”

The single, also titled Afraid of Heights, is available on Spotify. You can also purchase it on iTunes.

As for how good the track is, it adheres to the band’s signature high-energy pop-punk style. So, if you’re a solid BT fan, you should enjoy their latest offering.

Although we haven’t heard too much from Billy Talent the past few years, everyone certainly remembers the wild success of the band’s 2003 self-titled album. The rockers have sold almost one million records in Canada.