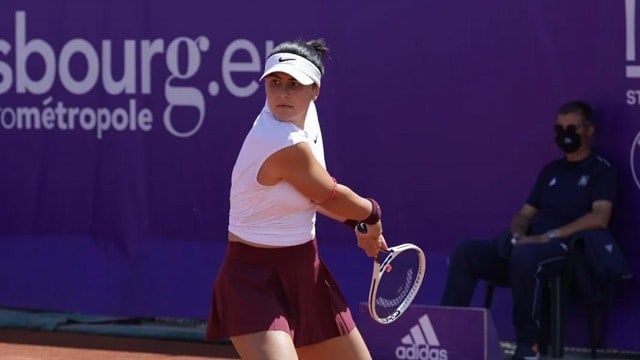 Mississauga tennis star Bianca Andreescu is showing the world she’s still got it in her first competitive match in almost two months.

Andreescu, the top seed in the Internationaux de Strasbourg tournament in Strasbourg, France, dropped just three games today (May 24) to qualifer Andrea Lazaro Garcia for a score of 6-1, 6-2.

It’s her first win on a clay court in almost two years, according to the Women’s Tennis Association (WTA).

“Andreescu, who returned from a 15-month layoff at the start of 2021, has had a stop-start season so far. The Canadian put together a stellar run to the Miami final in March, but was forced to retire while trailing Ashleigh Barty in the title match after sustaining a foot injury,” the WTA recounts.

She was later unable to participate in the 2021 Madrid Open as planned after testing positive for COVID-19.

In her post-match interview today, Andreescu said she’s had a lot of good preparation coming into this tournament.

Back in business @Bandreescu_ secures her first win on clay in almost 2 years! #IS21 pic.twitter.com/N3zsFNwXcl

Andreescu will move on to play against Belgium player Maryna Zanevska tomorrow, May 25. Stay tuned for more of her exciting run!

Mississauga could be over 1 million people by 2040, mayor says