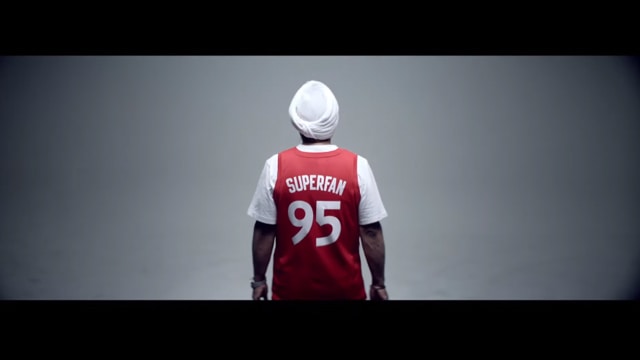 Nav Bhatia’s love for the Toronto Raptors has taken the Mississauga car dealership owner into the Naismith Basketball Hall of Fame.

Bhatia, who has never missed a Raptors home game in 25 years, was honoured on Sunday at the unveiling of the James Goldstein Superfan Gallery as the first fan to ever to be inducted into the Basketball Hall.

“Today was a dream,” Bhatia said on Twitter after being honoured. “In the greatest building basketball has, the name Superfan Nav Bhatia will be immortalized. There is now a turban and the first fan honoured within Naismith Basketball Hall of Fame.

“I am overcome with emotions today.”

The Raptors superfan, who was given a championship ring after Toronto’s 2019 title win, now has a Basketball Hall of Fame Class of 2020 ring to go with it.

“I have absolutely no issues in making this a regular occurrence,” Bhatia continued on Twitter. “Honoured and humbled to receive this ring from (Baron Championship Rings) and (Basketball Hall of Fame).

“I wear this with immense pride and responsibility to carry on spreading the game I love.”

Bhatia’s display at the hall includes the first ever turban, the Raptors jersey he was presented with in 1998 that declared him a “superfan,” his courtside seat, superfan bobble head and his superfan custom shoes.

An immigrant who arrived here in 1984, Bhatia would attend his first Raptors game in 1995 and since then he has not only cheered on the team, but shared his loved for the game wherever he went.

Bhatia has purchased over 3,000 tickets over the last 20 years and given them to children and members of the Sikh community.