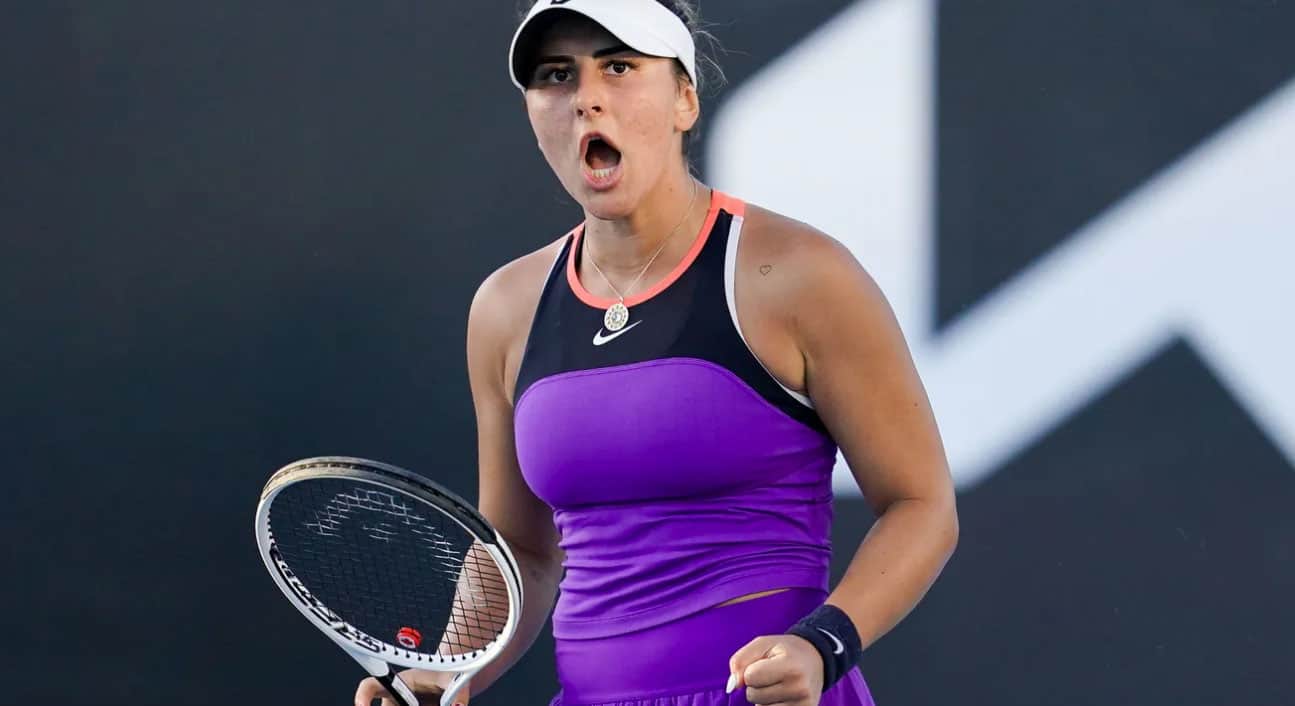 Bianca Andreescu finds herself in familiar territory once again as she prepares for Tuesday’s (Jan. 3) round of 16 battle against Russian tennis star Veronika Kudermetova in Australia.

The 22-year-old Mississauga native, who sits No. 46 in  Women’s Tennis Association (WTA) rankings, has on several occasions in the past year looked good in early-round tournament action only to bow out in later rounds before having even a sniff at victory.

Andreescu will try to buck that trend this week at the Adelaide International, where she’ll take on WTA No. 9 Kudermetova, 25, on Tuesday. The Russian is the tournament’s No. 4 seed.

The tournament concludes on Sunday (Jan. 8).

After dropping the opening set on Saturday 0-6, Andreescu fell behind 2-5 in the second set before gathering herself and staging a comeback.

The Canadian is now 3-0 in head-to-head action against Muguruza, a former top-ranked player.

Andreescu, a Grand Slam champ herself thanks to a stunning U.S. Open victory in 2019, continues her comeback bid after an extended period away from tennis in 2021.

Back in October, in what has become a familiar script, Andreescu was once again eliminated from a tournament after racking up impressive victories at the outset.

The Canadian tennis star, who has battled inconsistency as she tries to work her way back into the WTA upper rankings, fell 4-6, 4-6 to American Jessica Pegula (WTA No. 5) in round of 16 action at the WTA 1000 Guadalajara Open in Mexico three months ago.

Andreescu had impressed earlier in Mexico, knocking off two higher-ranked opponents en route to the round of 16.

The Mississauga athlete remains in search of a tournament victory as she seeks to return to the top of the women’s singles rankings. Andreescu climbed to as high as No. 4 in WTA rankings in late 2019 after shocking the tennis world with her U.S. Open victory earlier the same year.

What was your favourite moment from Leylah Annie Fernandez, Bianca Andreescu and Rebecca Marino? pic.twitter.com/05LNo1Tu03