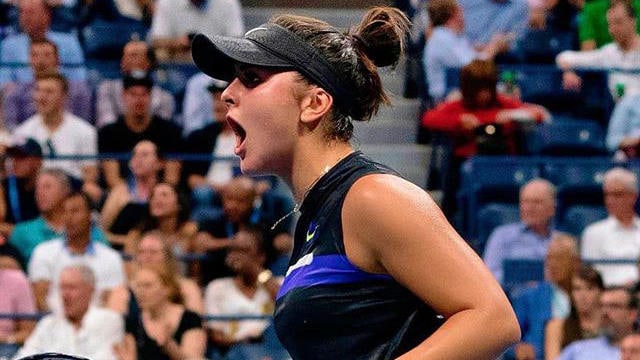 Mississauga’s Bianca Andreescu’s return to the court was a winning one.

Playing a competitive match for the first time in 15 months, Andreescu battled her way to a 6-2, 4-6, 6-3 first-round victory over Romania’s Mihaela Buzarnescu, Monday, at the Australian Open.

The eighth-seeded Andreescu will now face Taiwan’s Hsieh Su-Wei in the second round.

“I feel pretty damn good,” Andreescu said after her win in an on-court interview. “I mean today’s match wasn’t easy at all and I’m super, super happy with how I fought it out, especially towards the end.”

The 20-year-old committed 34 unforced errors in her first match since injuring her left knee at the WTA Finals in October of 2019, but also made 27 winners as she shook off the rust and put on an impressive display in the third set to seal the win.

Serving with the set even at 3-3 and down three break points, Andreescu reeled off five straight points to hold. The 2019 U.S. Open champion followed that with a service break and went on to serve out for the match.

Andreescu pulled out of a warmup tournament last week to instead focus on preparing for the Australian Open, her first Grand Slam of the 2021 season.

The Mississauga tennis star made her breakthrough when she headed into 2019 season ranked 152nd overall in the world and went on to win the Rogers Cup in Toronto before her thrilling two-set sweep of Serena Williams in the U.S. Open finals that September.