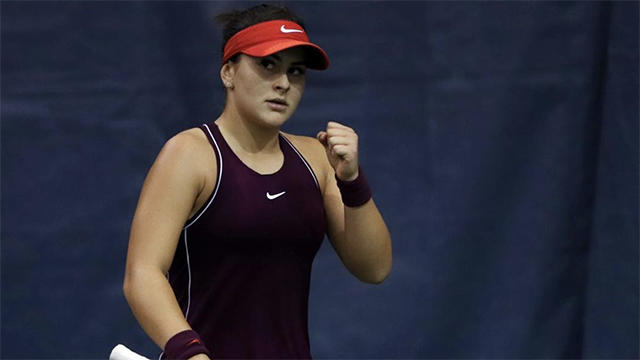 Mississauga’s Bianca Andreescu has “pushed” her way through to the semifinals at the Miami Open.

The No. 8 seed outlasted Sara Sorribes Tormo, 6-4, 3-6, 6-3 in a gruelling quarterfinal match that lasted two hours and 36 minutes.

“That girl can really run,” Andreescu said on the court after her win. “After the first set I was honestly so tired, but we both fought really, really hard. “She’s an incredible fighter. I have no idea how I pushed through, but I fought hard as hard as I could and I’m super happy how I pulled (it) out.

Andreescu will now look to book a berth in the final when she faces Maria Sakkari in the semifinals on Thursday night.

Andreescu battled her way back from a 3-0 deficit to take the first set, before Sorribes Tormo stormed back behind her serve to even the match in the second set.

Andreescu would finish the match with 42 winners, double the 21 made by the Spaniard.