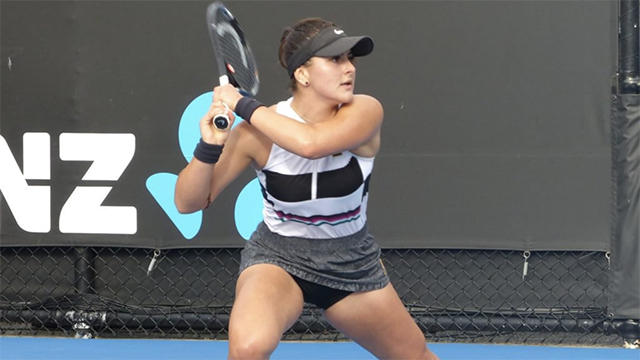 A mid-match adjustment has Mississauga’s Bianca Andreescu moving on at the Miami Open.

The eighth-seeded Canadian advanced to the quarterfinals of the WTA Tour event with a 3-6, 6-3, 6-2 victory over Garbiñe  Muguruza on Monday night.

With the fourth-round win, Andreescu will now face unseeded Sara Sorribes Tormo of Spain in the semifinals on Wednesday.

Andreescu struggled early against Muguruza, dropping the opening set before turning things around and winning nine of the next 11 games en route to the win in two hours and 11 minutes.

“It was really tough,” Andreescu said on the WTA website. “She started out playing really, really well. I don’t think I was at the level I wanted to be right at the start of the match, because I knew she was going to come out really, really strong, and that’s what she did.

“But I had to re-adapt, which I did in the second set. I regrouped. I kept fighting. I changed my game plan a little bit as well. And it worked.

Andreescu, who has been trying to recapture her form after a 16-month absence from the courts, saved six of eight break points and showed the fight of old that helped her capture a 2019 U.S. Open title.

Andreescu now faces an opponent she has yet to play.

“I know she gets to a lot of balls,” she said of Sorribes Tormo. “She has a very heavy spinny ball. She’s a crazy fighter. I want to go out there and fight even harder and hopefully I can do good things.”