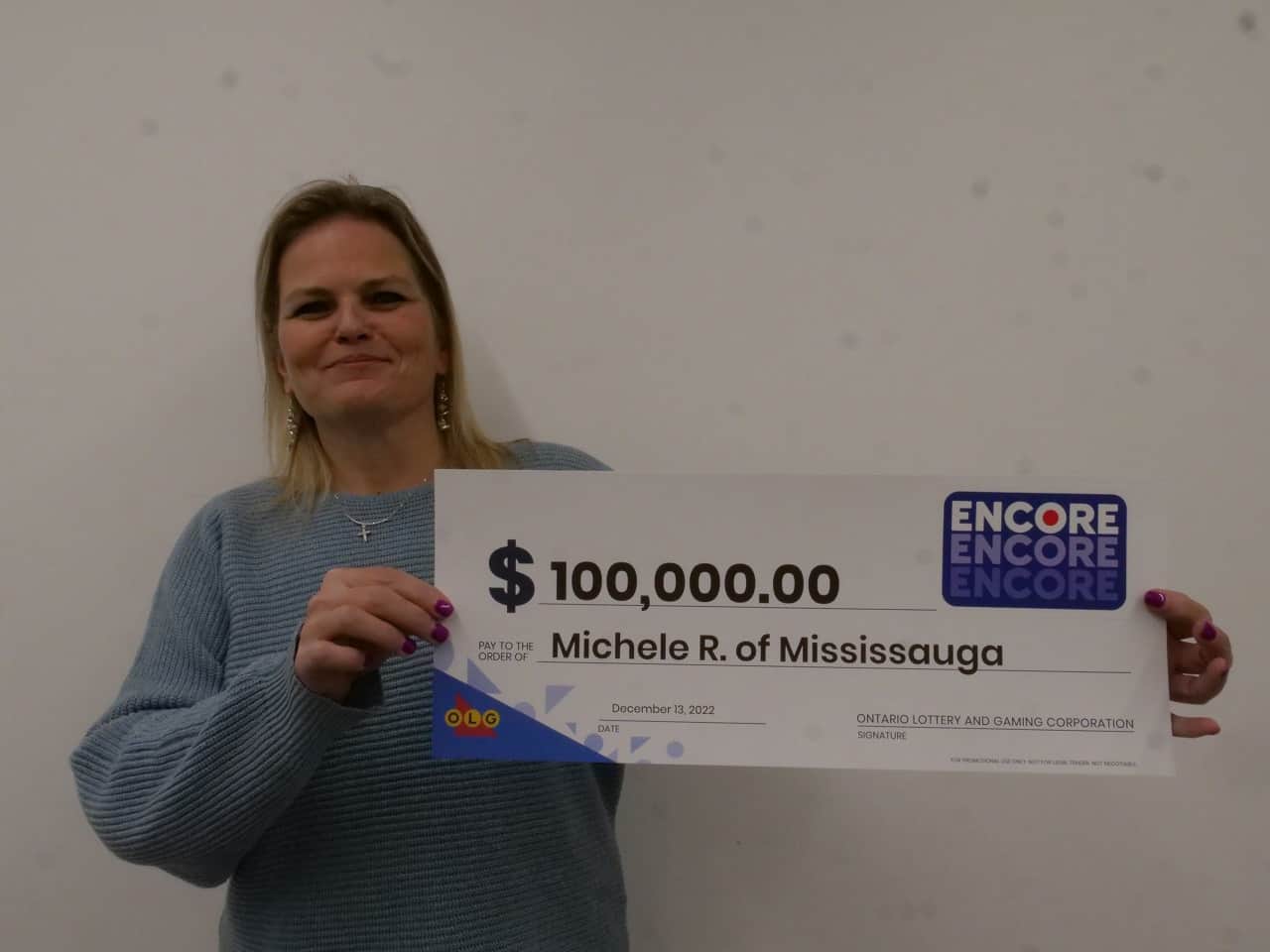 If Michele Russell wasn’t a morning person before, there’s good reason for her to be one now.

One hundred thousand reasons, to be exact.

The 46-year-old Mississauga woman discovered one recent early morning that her Pick 4 ticket in the Nov. 1 draw was a $100,000 Encore winner.

“I was scanning my tickets in the morning like I normally do, and thought I won $100 at first,” Russell shared while at the OLG Prize Centre in Toronto to pick up her winnings. “When I realized there were more zeroes, I was shocked. I had no words and just stood there in disbelief.”

She then told some family members about her win, and she said they were all as shocked as she was.

“They are all so happy for me,” said Russell.

The big winner plans to pay some bills and complete home renovations with the money.

“It’s a miracle. I have no words to describe this amazing feeling. I feel so grateful,” she said.

The winning ticket was purchased at Xpress Mart, on Copenhagen Rd. in Mississauga.