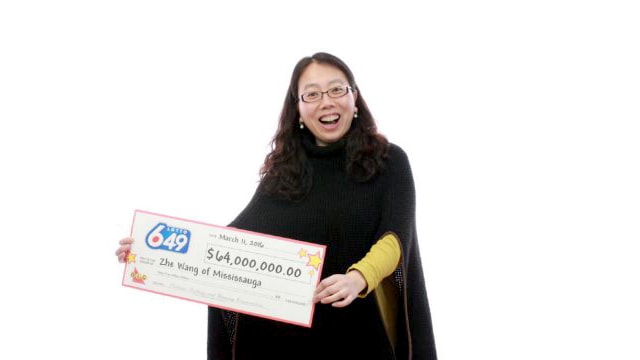 A local woman has won what appears to be “the largest jackpot ever in the history of Canadian lottery,” according to a recent Canadian Press article. (Cover photo from ONTARIO LOTTERY AND GAMING)

The Ontario Lottery and Gaming Corp. (OLG) announced that Zhe Wang is the lucky — very, very lucky — owner of a ticket that just netted her a pretty nifty $64 million. The ticket is from the Oct. 17 Lotto 649 draw and was purchased at a Sauga Petro-Canada gas station.

According to the Canadian Press, OLG has said Wang’s momentous prize is the largest jackpot won by a player with a single ticket in Canadian history. Previously, a $63.4 million Lotto 649 jackpot was won in 2013 and shared among four winning ticket holders.