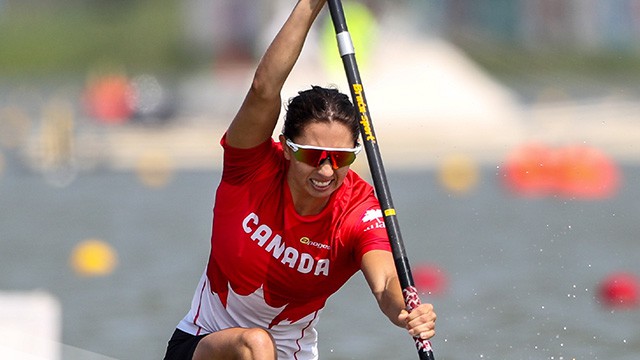 Katie Vincent, an athlete who trains with the Mississauga Canoe Club, is heading to the Tokyo Olympics.

Vincent, 25, qualified at the CKC Olympic and Paralympic team trials in Burnaby, B.C. on March 12.

Katie Vincent has earned her spot in the Tokyo 2020 Olympics by provisionally securing a nomination to the Canadian Olympic Committee.
Today’s results come after a race off and an exciting two days of competition for Women’s C1 at CKC’s Olympic and Paralympic Sprint Team Trials. pic.twitter.com/g75iNwp0JE

CKC says that Vincent bested fellow athlete Laurence Vincent Lapointe following a tie in a 200-metre race to qualify for the games.

“It’s my birthday today and I can’t imagine a better birthday present than this. It was a fight right until the end and a positive takeaway for our team that we have such a strong field of female paddlers. Four years ago, we had no group to train with and look at us now. We can take pride in the team that we’ve built and I look forward to getting in the boat with Laurence to race the C2 500m event tomorrow. It’s fun to go fast!”

According to the International Canoe Federation, Vincent first competed for Canada at the Pan American Championships in Rio de Janeiro in 2012.