Mississauga woman jumps off her couch after big lotto win 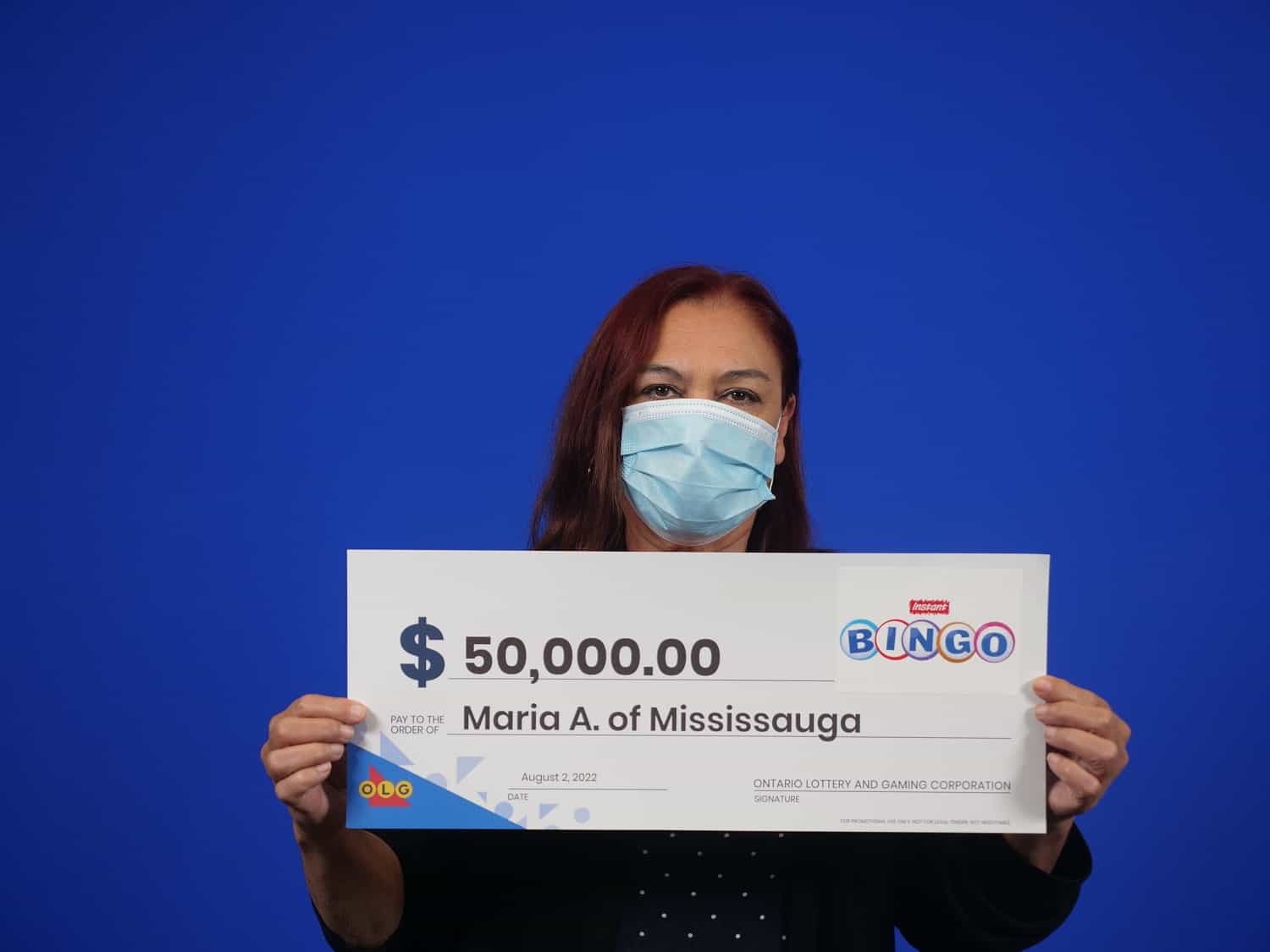 Maria Azevedo says she jumped off her couch when she discovered her Instant Bingo Multiplier ticket had just won her $50,000.

The 53-year-old Mississauga woman, who’s both a mother and grandmother, says she has been playing the lottery on and off for about 10 years.

“I love playing Crossword and Bingo,” she shared recently while at the OLG Prize Centre in Toronto to pick up her winnings.

Azevedo said she was sitting on her couch when she played the scratch ticket. She quickly realized after checking all the boxes that she had won the cash.

“I jumped off the couch with excitement. I was going crazy and started pacing. I called my children and no one answered me for a half hour,” recalled the lucky winner. “They didn’t believe it, but I reassured them I was wearing my glasses and triple checked.”

Azevedo plans to share her winnings with her children and take a few trips.

“I want to visit family in Portugal and make sure I can have some fun in the sun this winter with a beach vacation,” she said.

The winning ticket was purchased at Circle K, on Hurontario St. in Mississauga.