Mississauga was unrecognizable in 1969 with a population of 107,000 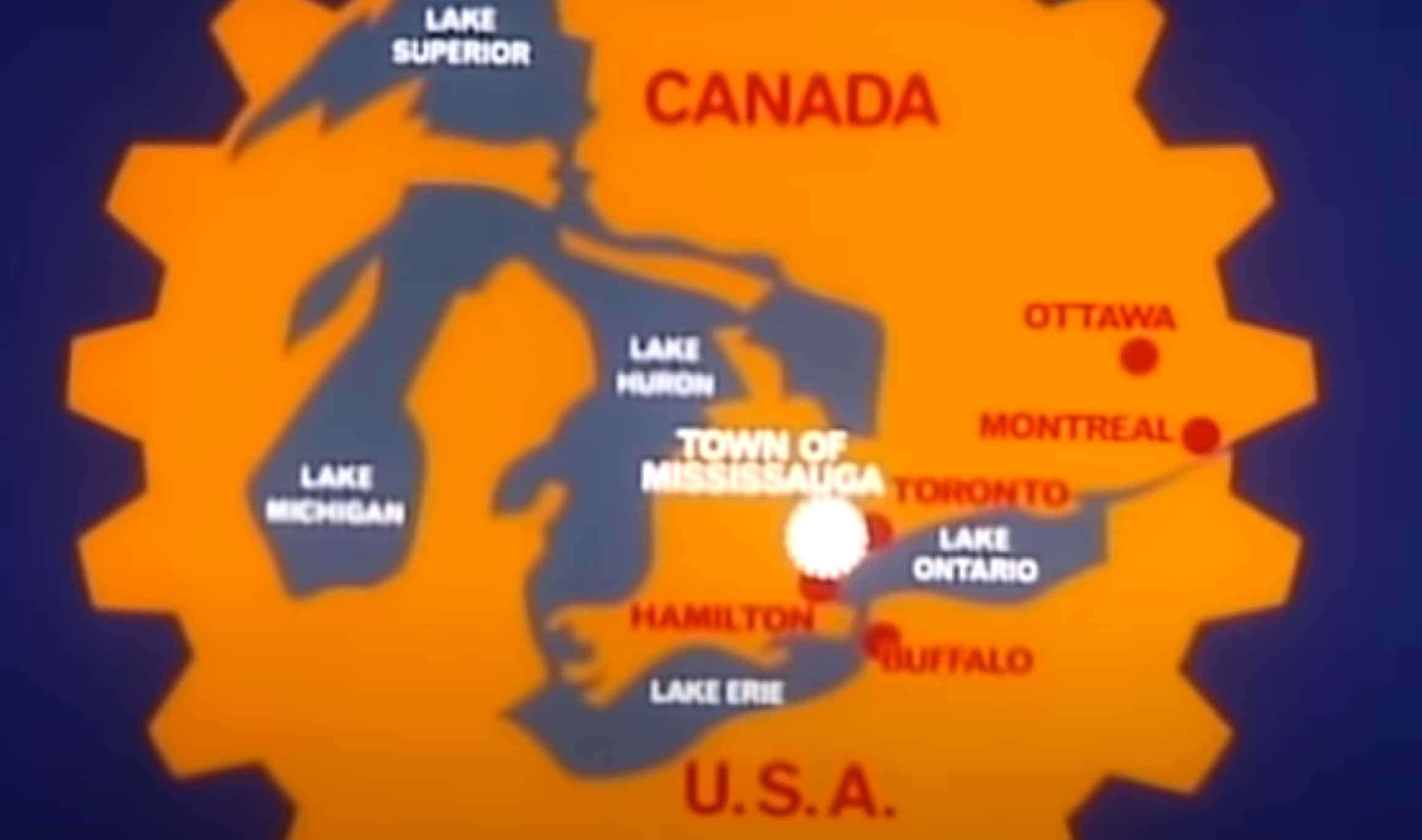 The Mississauga of today is a bustling city, big and populous enough that you’d almost forget about its humble origins.

But believe it or not, over 50 years ago, Mississauga was an up and coming town (yes, a town) that was doing its best to attract businessmen (in the video, men are specifically called out because, well, it was the 60s) to its sparse lands.

“What does a man look for in a place to live and do his work? This is the valley of the Credit, a river that rises in the ancient slate hills to the north and winds its way to Lake Ontario” a male voice calls out in an informative video shared by Peel Art Gallery Museum + Archives (PAMA) on its YouTube channel.

You can see the full “Land on the Move” video, which is more than worth checking out, below:

In the video, the narrator says that the river in question was once the territory of warring Native tribes, pointing out that for 100 years, it was the waterway of fur traders. Now, he says, the land has prospered.

“Now, in the third quarter of the 20th century, a new era has opened in this valley. This, the Town of Mississauga in the busy heart of Canada, is a land on the move,” the narrator says.

The aerial footage, which is a little grainy and appears to have been taken with a camcorder from a helicopter, is incredibly fun to see. Instead of sleek condos, the landscape is dotted by sparsely populated roads and vast stretches of greenery. The little cul-de-sacs harken back to a bygone era when we weren’t yet concerned about the troublesome impact unfettered urban sprawl would have on the entire GTA.

According to the video, from 1959 to 1969, industrial/commercial assessment rose close to $50 million. The video also uses the town’s proximity to the “booming steel town of Hamilton” as a major selling point (nothing against the character-laden Hamilton, but it’s incredible to think of how things have changed in half a century). The video also points out that Montreal is just an hour away by air, along with the great city of Cleveland, Ohio.

A major selling point for the town? It’s close to basically everything that matters (including Detroit).

Interestingly enough, the video calls on industrious individuals to create a plant in the centrally-located town that’s close to a number of big Canadian and U.S. cities. The narrator was definitely onto something, as Mississauga is home to Canada’s largest airport (which the video does mention) and a vast array of companies that do indeed work closely with the U.S. to ship goods from one country to the other.

Also, did you know that Mississauga used to have the King’s Highway 5?

CP and CN rail also make appearances in the video, as do some very old planes landing at Pearson.

Port Credit is also mentioned as a great port for ocean freight.

The video also mentions low-cost electricity (heh) from the Ontario hydro system, showing footage of the “four sisters” in Lakeview–a plant that’s been demolished to make way for a brand new neighbourhood that will forever change one of the city’s biggest waterfront areas.

Did you know it was one of the largest thermal generating stations in the world?

The video also includes fun footage of old-school plazas, so you can watch people shopping for the perfect lemon at a market that almost certainly is no longer with us. It’s also fun to look at all of the old schools that are still with us: TL Kennedy, St. Catherine of Siena, Port Credit Secondary School, Lorne Park Secondary School.

Another thing the video points out?

Mississauga has many, many churches.

All in all, it’s a fun look at the city half a century ago.

Times have changed (and in most cases, for the better).