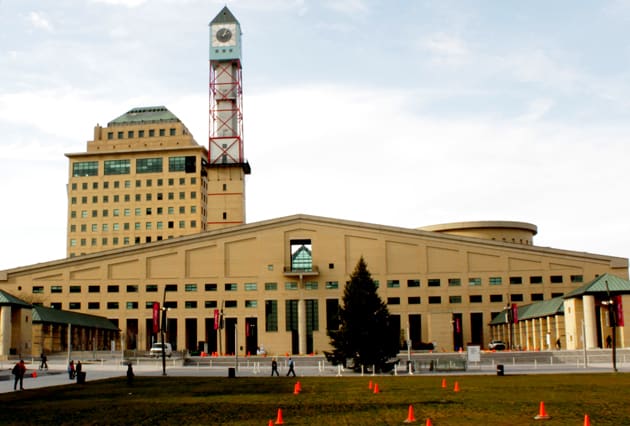 After holding off on making a decision to suspend enforcement of the city’s noise bylaw to allow Hindu temples to broadcast hymns over the course of three holidays, members of council voted in favour of the exemption at a special council meeting on Aug. 10.

The city says Hindu temples will be permitted to broadcast religious hymns once per day at 7:00 p.m. for a maximum of five minutes between the period of Aug. 11 and Sept. 1, 2020.

The request for the exemption, which was put forward by Hindu Forum Canada at last week’s council meeting, was reviewed and supported by Mississauga’s Diversity and Inclusion Advisory Committee (DIAC) at a meeting on Aug. 6.

At an Aug. 5 meeting, Mississauga city councillors elected to consult with DIAC on whether or not to allow temples to broadcast hymns over the course of three upcoming Hindu holidays: Krishna Janmashtami (Aug. 11), Ganesh Chaturthi (Aug. 22) and Onam (Aug. 31).

In a letter to council, Hindu Forum Canada asked permission for local Mandirs (temples) to broadcast the religious hymns Gayatri Mantra and Hanuman Chalisa once a day for about three weeks to allow Hindus to celebrate the three special occasions.

“Due to the restrictions and challenges posed by COVID-19 pandemic, our Hindu diaspora have not been able to attend Mandirs or observe their religious ceremonies – and thus have been deprived of experiencing much of their culture, religious practices and the experience of having their religious songs being sung publicly during these trying times,” Rao Yendamuri, President, Hindu Forum Canada, wrote in the letter.

“Therefore, permitting the Mandirs in the region to broadcast religious hymns at Arti time in the evening…and stage a limited number of religious parades once a week will act as a source of comfort, especially to the seniors who are at a greater risk of infection by COVID-19 and are unable to leave their homes, even now when the economy has at least partially started to re-open.”

As of now, places of worship are permitted to open for in-person gatherings but can only operate at one-third of capacity.

The councillors who voted to refer the request to DIAC said they wanted to be cautious after receiving backlash for voting in favour of a walk-on motion at an April 29 meeting to allow mosques to temporarily broadcast the call to prayer during Ramadan.

While the move to allow the call to prayer to be broadcast received support from a number of organizations, including Canadians United Against Hate, others called the exemption “unconstitutional” and said it was “forcing religion” on residents.

Hindu Forum Canada was one organization that spoke out against the exemption, calling the exemption “unconstitutional” and “anti-national” in a May 2 press release.

The city said the exemption will be provided for this year only due to the pandemic–or at least until newly drafted noise bylaws are vetted through public consultation meetings between city staff, councillors and residents.

“Broadcasting audible expressions of faith will be referred to DIAC to allow for discussion, public engagement, and input into the noise by-law amendments,” the city said in a statement.