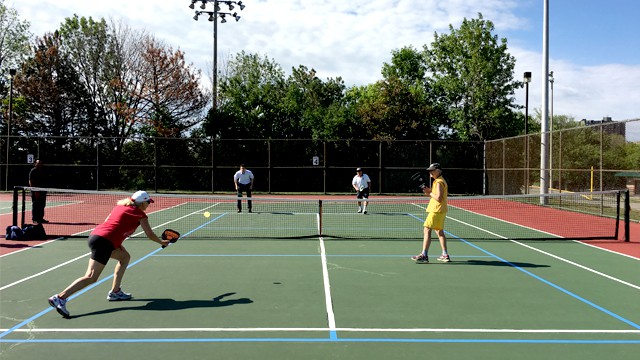 There’s never been a better time to be a pickleball enthusiast in Mississauga.

Although the courts themselves aren’t new, two tennis courts at the community centre now include painted pickleball lines, in response to some citizens’ increasing demand to play pickleball.

For those who aren’t very familiar with the strangely named yet innovative racquet sport: Pickleball is described as a cross between badminton, tennis and table tennis, combining elements of all three. The sport is played in pairs or doubles, and uses a wiffleball and short-handed paddles (larger than ping pong paddles). Players can book their pickleball racquets and balls at the front desk of the community centre for no charge. Keep in mind equipment is available on a first come first serve basis, so get there early if you want to play! Have fun, pickleball players!