Mississauga Transitway to be Completed in Spring 2017 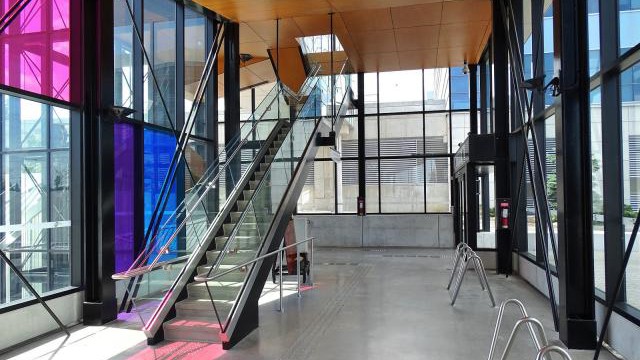 Construction is progressing on the east end of Mississauga’s bus transitway, with the entire Transitway scheduled to be completed early next year in Spring.

The 18 kilometre, $259 million bus-only roadway is part of MiWay’s five-year plan to increase transit ridership by three per cent annually from 2016 to 2020.

Currently, 12 kilometres of the route have been finished, and only four of the twelve stations (three of them at the route’s east end) remain to be built.

The completed Transitway will run along Highway 403 and Eglinton Avenue between Winston Churchill Boulevard in the west and the Renforth Gateway in the east.

It connects from there to Highway 427 to take passengers onward to Islington subway station or Pearson Airport.

The Transitway, with its dedicated right-of-way, should reduce travel time along its route – from the 32-42 minutes it is now to around 20 minutes.

The main goal of the Tranitway is to create a grid-based bus route system that travels along major routes, rather than a larger number of side streets.

This may, however, come with the downside of some bus passengers needing to walk longer to get to their stops.

Despite this, the new system promises to offer a more frequent, reliable service along the routes that remain, with 22 buses an hour along the transitway in peak hours.

The completion date of Spring 2017 comes six months after the original date, due to problems with utility relocations and the bankruptcy of one of the contractors.

The Winston Churchill station in the west end of Mississauga is expected to open by the end of 2016, while the remaining east end stations expected to be complete next Spring. 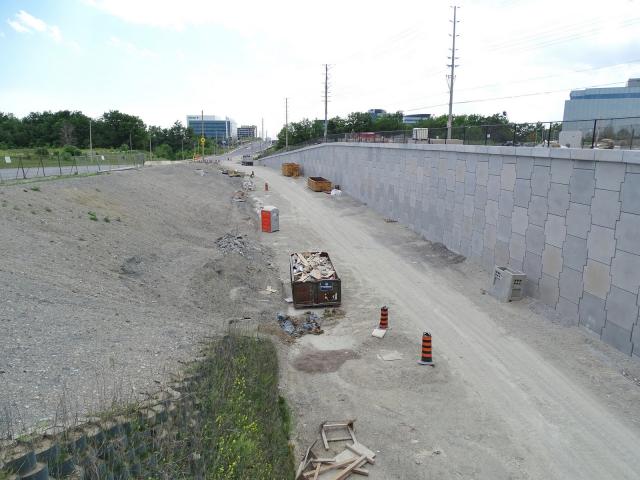 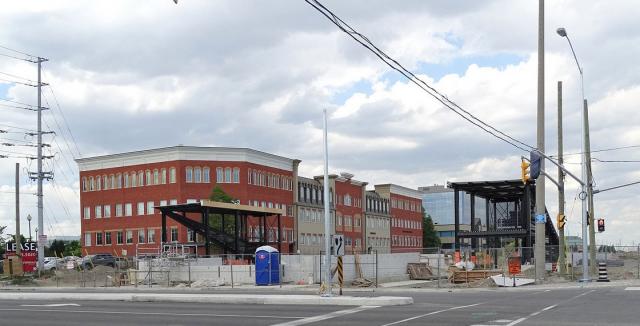 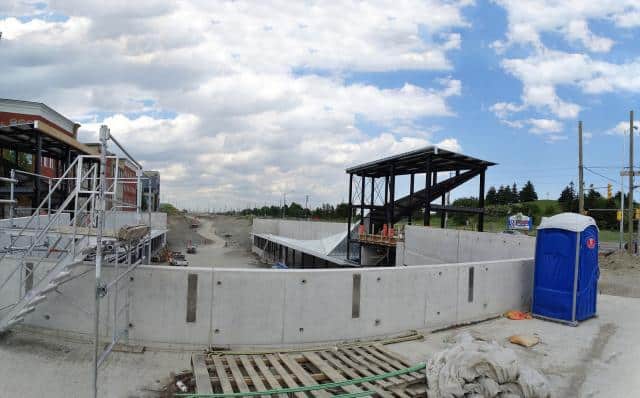 Looking down into Orbitor station by UT Forum contributor drum118