Mississauga to allow temporary calls to prayer to continue amid backlash 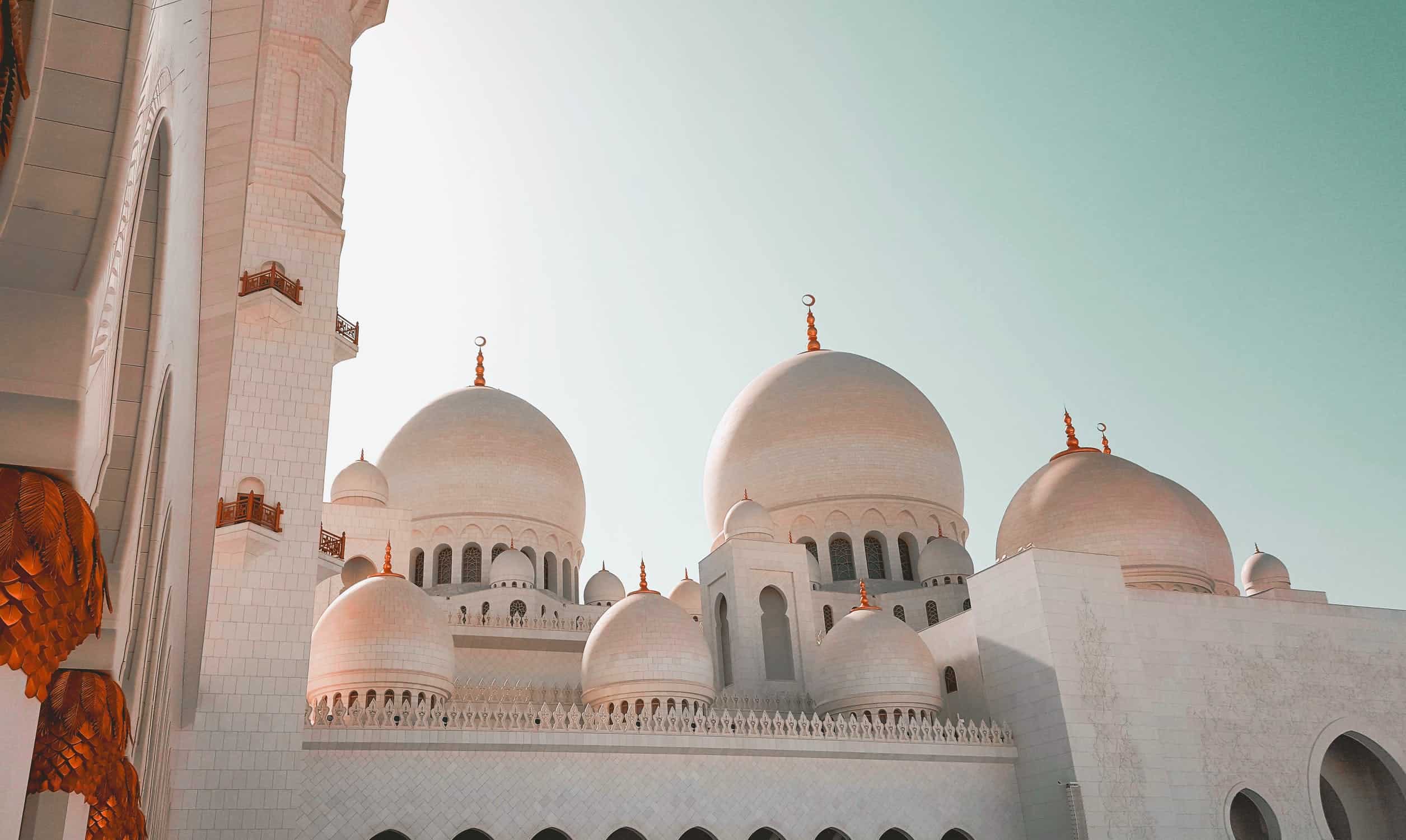 Mississauga’s Diversity and Inclusion Advisory Committee (DIAC) has been called upon to analyze council’s decision to waive noise bylaws to allow mosques to temporarily broadcast a nightly call to prayer for the period of Ramadan amid the COVID-19 pandemic.

That said, the current exemption will remain in place.

At an April 29 meeting, Mississauga city council voted unanimously to suspend enforcement of the noise control bylaw to allow for the broadcasting of the evening call to prayer from local mosques and other non-residential buildings regularly used for worship.

Council voted in favour of waiving the bylaw after Mayor Bonnie Crombie brought the request to council’s attention during the meeting.

At a May 9 meeting, council asked DIAC to provide something of a post-mortem on the polarizing decision–which will stand–in the future when it is safe for non-standing committees to resume regular meetings. The move came after Ward 10 Councillor Sue McFadden put forward a motion to have DIAC analyze and weigh in on the temporary waiving of the bylaw after days of blowback and petitions (one of which has since been removed from change.org) from residents.

While the move received support from a number of organizations, including Canadians United Against Hate, others called the exemption “unconstitutional” and said it was “forcing religion” on residents. The petition that has since been removed went so far as to suggest that the broadcast would traumatize veterans who have fought in the Middle East.

Those who spoke out in favour of the symbolic gesture said the call to prayer would simply provide Muslims with comfort at a time when they cannot celebrate Ramadan with friends and extended family.

At the meeting, some councillors said that despite voting in favour of allowing the exemption, they believed the bylaw was waived without adequate research and discussion.

McFadden’s motion–which was ultimately abandoned in favour of simply directing DIAC to examine the issue and provide advice on how to deal with such situations in the future–called upon the diversity committee to meet via electronic conference call within five days and come back with a recommendation.

At the meeting, McFadden said her motion, which was seconded by Ward 6 Councillor Ron Starr, was not meant to rescind the consideration, but rather to call attention to the fact that council might have acted hastily in waiving the bylaw without proper analysis or public consultation.

“I want to clarify what the motion is and is not. It’s not recommending any change to the status quo. It’s not about caving into Islamaphobic rants or caving into one group’s demands. This motion is about having a conversation with the committee appointed to deal with this topic,” McFadden said.

“It’s more about the process than anything else. We approved a symbolic gesture during a time of unique circumstances. I have no problem [with that]. But the way it was handled and communicated has turned into a mess.”

McFadden said that while she takes responsibility for not saying anything at the time, she suggested that asking to defer the decision could have been misinterpreted by the public as an anti-Muslim move.

McFadden argued that the decision, which was passed quickly due to the time-sensitive nature of the matter, could have waited one week to allow for more research and consideration.

“Walk-on motions happen, but we discourage them. A matter like this deserves more time, even during a pandemic,” she said.

Council appeared to be just as divided as residents, with several councillors saying that the usual processes simply cannot apply when committees such as DIAC are not permitted to meet at all.

“Anyone could have spoken up last week,” Ward 9 Councillor Pat Saito said.

“DIAC is not meeting right now, standing committees are the only ones meeting electronically. We received [positive] comments from the Interfaith Council of Peel and that email is as much information as I need going forward in dealing with this matter,” she said, referring to a letter of support submitted by the Interfaith Council that morning.

Saito also argued that it’s not uncommon for motions not on council agendas to be brought forward.

“A lot of motions have been brought forward that were not on the agenda. What advice would you expect senior staff to make? We all know what the noise bylaw says. Council made a political decision and I know you spoke in favour of it.”

Saito said that while she hoped no one felt pressured, she mentioned that she has voted against sensitive motions in the past, such as when she voted against allowing parking exemptions during Ramadan.

Saito also said more residents appeared to be in favour of the exemption than against it.

While one councillor supported rescinding the exemption until a proper recommendation could be made, others said it was simply too late to tell mosques to stop broadcasting the call to prayer.

Starr, who seconded McFadden’s motion, said it was best to allow the exemption to remain in place despite the “divisive” nature of the decision.

“We’ve divided the whole city and it’s unacceptable. We can’t bring motions on so quickly because we don’t understand them. To have petitions sway our decisions…it’s not how we do business in Mississauga. We did not do our homework. I’ve never seen an issue that took off like this. It’s been fireworks. We have [some] days left, so we have to live with it at this point. I didn’t do my job 100 per cent because I relied on information coming in that day. This is one of the biggest lessons we can all learn.”

Some councillors suggested that they voted in favour of the exemption because they were told that surrounding cities were also offering exemptions. Some later said they didn’t have a full picture of the policies in place in Toronto and other GTA cities.

Crombie refuted this, saying that Brampton, Toronto, Milton, Markham, Ajax, Ottawa, Halifax, and some U.S. and European municipalities are also allowing mosques to broadcast the call to prayer.

The nightly call to prayer–which rings out between 8:15 pm and 8:50 pm–will be broadcast from Mississauga mosques and places of worship from now until May 24.

Addressing concerns about fairness to all faiths, Ward 5 Councillor Carolyn Parrish–who spoke out in favour of council’s initial decision–asked if city staff could look at ways in which other faiths could be accommodated similarly over the course of the pandemic.

Other councillors argued that the exemption was ultimately approved in good faith and should stand for that reason.

Ward 11 Councillor George Carlson said that while the approval process was “lumpy,” it would look worse for the city to backpedal.

“I have to agree that process was a bit lumpy, but we had good intentions. To reverse the decision would send an equally bad message to the community that we don’t know what we’re doing and that we caved to a huge amount of pressure,” he said, adding that council can discuss how to better manage similar requests in the future.

Ward 4 Councillor John Kovac said the walk-on motion caught councillors off-guard and that he would have appreciated hearing from faith groups or their advocates ahead of time.

“Having it sprung upon us, we were taken aback and it can be difficult to make an adequate and sound decision,” he said, adding that it might not be appropriate to simply extend possible bylaw exemptions to people of all faiths because people don’t all celebrate in similar or comparable ways.

“We can’t fix or undo this. We have a noise bylaw and this request came in to amend it when everyone is at home and the sound comes at night. I think that’s caused a lot of sensitivity. None of us heard about this and that’s why a lot of us were caught off guard.”

“Bringing in DIAC would require us to rescind a motion and put a committee back into operation. We’re all dealing with a lot of stress and a lot of issues and we’re all trying to do our best. I think it’s unfair to say that the leadership isn’t there, the mayor did what she was asked to do that morning. I received a similar request that morning,” she said.

In response to criticisms that the motion should have been brought forward sooner, Crombie said that she initially said no to requests for the call to prayer to be broadcast due to the existing noise bylaw. She said she decided to bring the motion forward after Rabia Khedr, executive director of the Muslim Council of Peel, asked about a possible exemption that morning.

After a lengthy debate, Parrish suggested scraping McFadden’s motion and asking DIAC to simply provide an after-the-fact analysis when appropriate.

“I really appreciate all the comments. The intent was for discussion to take place and to make people understand that policy and procedures were not followed. I’ve only been dealing with this for the last week. I’ve had an actual campaign against the decision we made and it hurts me and it hurts members of the council. I still believe in the motion, but I understand that it’s better we refer it back to staff [so it can be] discussed fulsomely for all faiths at a [future] DIAC meeting.”

Crombie said she was proud of council for making the right decision.

“Don’t let this divide us. We did the right thing today and had a more fulsome conversation. Walk-on [motions] are always dangerous no matter how well-intentioned,” she said, adding that council should err on the side of asking for a staff report going forward.