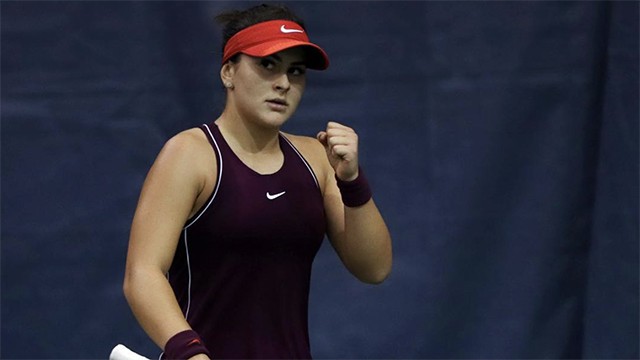 Andreescu announced the split on Twitter Tuesday, a week after her first-round exit at the French Open.

Bruneau and Andreescu had worked together for four years with the highlight of the partnership coming in 2019 when the 24-year-old made her breakthrough defeating Serena Williams in the finals of the U.S. Open.

“It is with a heavy that I would like to inform my fans that my long time coach, mentor and friend, Sylvain and I, have mutually decided to end our incredible coaching relationship,” Andreescu said in a tweet. “Our friendship will live forever. . . it has been an amazing four years.

“I am very grateful for everything we accomplished together and all of our great memories. Sylvain was more that a coach. . . he is family.”