After her triumphant victory in the Rogers Cup this past weekend, Bianca Andreescu has leapt up the global tennis rankings, earning her rightful place in the top 15 players.

According to tennis.com’s WTA rankings, Andreescu now sits at 14th place with 2,837 points — a whole 13 ranks up from her previous ranking of 27th.

This puts her just six places below Serena Williams, who was her final opponent in the Rogers Cup. 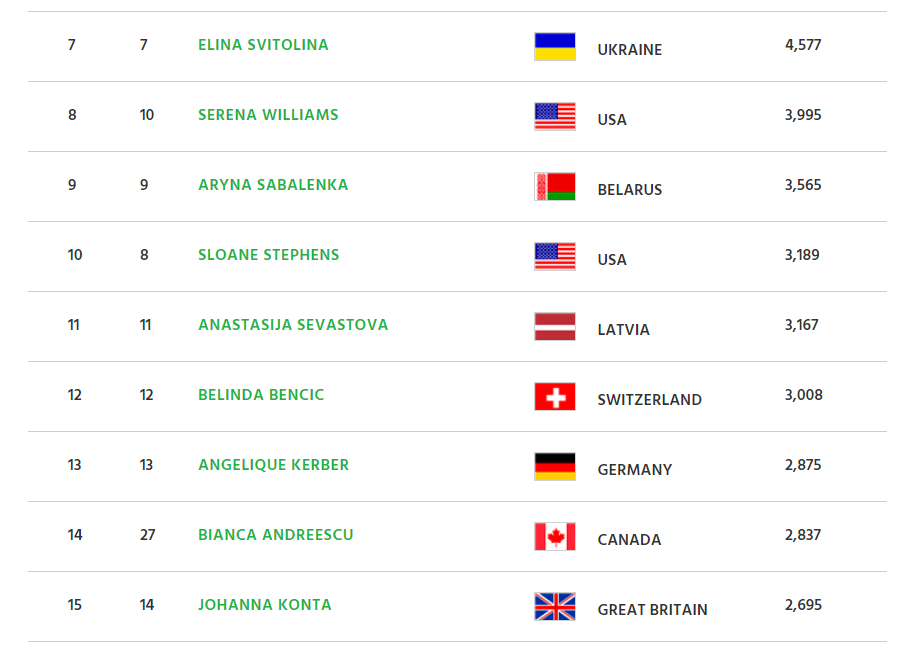 In terms of national representation, she remains the only Canadian player in the top 100.

On Sunday, Andreescu took the championship in the Rogers Cup after Williams was forced to retire from finals due to an upper back injury.

Started from the bottom (of a 56-player draw) now we here (the #RC19 champion) @Bandreescu_ pic.twitter.com/CWvwHE7UBr

Having proven herself as a dominant player, we’ll see just how far Andreescu can climb as she continues to compete in the future.

To get a look at the full rankings, click here.

These Square One stores have officially reopened in Mississauga
Last week, Mississauga was officially given the go-ahead to enter stage 2 of the province's three-phase reopening plan, which meant that local indoor malls, salons and restaurant patios could final
END_OF_DOCUMENT_TOKEN_TO_BE_REPLACED