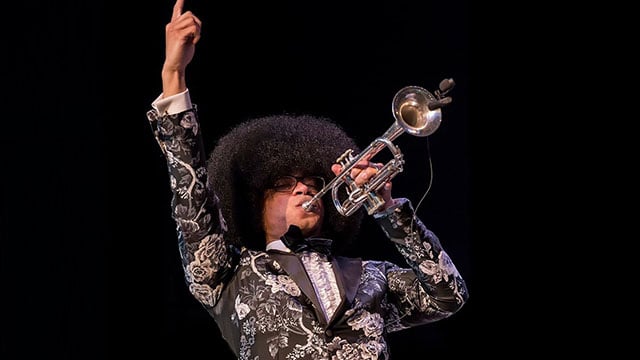 A talented trumpet player from Mississauga no longer has to worry about crowdfunding to pay for his education at the prestigious Juilliard School in New York City, as he’s been awarded a coveted Kovner Fellowship that will cover his last two years of schooling.

William Leathers, 19, began studying at Juilliard in 2018 and had to rely on a GoFundMe campaign to cover tuition costs at the world-famous music, drama and dance school. Earlier this month, he learned that he had been awarded a scholarship that will cover both his academic and living expenses for the remainder of his undergraduate studies.

“I was grateful when I got the fellowship,” he told insauga.com, adding that recipients are chosen based on marks, community involvement and faculty recommendations.

“I was more excited because of how much generosity from people all over the world it took to get through my first two years. It felt like a team success. All of the people who donated money and support got me through [those] first two years and put me in the position to get a Kovner Fellowship,” Leathers says. 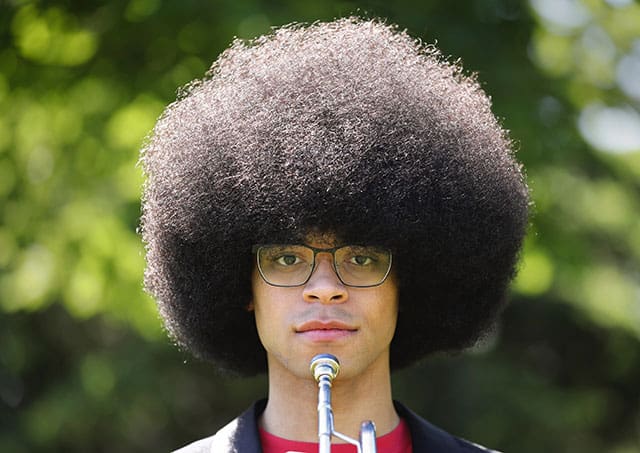 The Kovner Fellowship Program, which provides both financial support and enhanced programmatic content to recipients, was awarded to Leathers (who boasts a 4.0 GPA) based on his academic performance and the amount of work he’s done in the Juilliard community as a student ambassador.

While Leathers has long been an accomplished musician, one career highlight was reached in 2019 when he headlined a performance at the Aga Khan Museum in Toronto. William Franklyn Leathers in Concert, a performance held in celebration of Black History Month, marked Leathers’ first headline performance.

The museum presented the performance in partnership with Joy Bullen, a well-known “culturepreneur” who has, according to her website, “participated in the national celebration of Black excellence in the arts” during Black History Month in Canada since 2015.

Not surprisingly, the young musical prodigy has actually been making a splash in the GTA music scene since childhood.

Leathers, who begged his mother, Donna, for piano lessons at the age of four after seeing a cartoon octopus named Oswald play the instrument on TV, added the trumpet to his musical repertoire at the age of 7.

“My dad plays the trumpet,” says Leathers, whose father, Howard Leathers, is an accomplished trumpeter and vocalist.

“He started me off on the mouthpiece when I was 6 and I started to play the trumpet when I was 7.”

Leathers, who grew up in Mississauga but attended Oakville Trafalgar High School, is also a classical pianist who competed at the Peel Music Festival as a child and won.

In 2010, Leathers was one of only eight musicians from around the world to be invited to perform in the Young Artists Inspired by Glenn Gould concert for former Governor General David Johnston and other dignitaries at Rideau Hall. Leathers, who played the piano at the performance, was just nine-years-old at the time.

In 2015, he won the Halton Mississauga Youth Orchestra Concerto competition and the 2015 MARTY Emerging Performing Artist Award, which was presented by the Mississauga Arts Council.

In 2017, Leathers won the Lou Williamson Scholarship–a scholarship given to the top high school jazz musician in the country. That same year, he won a GTA’s Got Talent’s competition. Leathers also won the Ron Lenyk Inspiring Youth Arts Award and Scholarship, which is awarded to two people who have contributed to the growing arts scene in Mississauga.

When Leathers–who graduated high school two years early with an A+ average–auditioned to be accepted into Juilliard, he had a feeling the audition went well.

“I was really happy and I kind of expected it because I did well at the audition,” he says.

Since starting at Juilliard, the seasoned performer has gone on to perform for larger audiences in some very famous venues.

Recently, he was selected to play principal trumpet on Mahler’s Fifth Symphony with the Juilliard Orchestra at Carnegie Hall in midtown Manhattan and felt an unusual feeling before the performance–nervousness.

“That specific piece has a really famous 12-bar solo all alone at the beginning until the orchestra joins and that’s a solo players practice from a young age, so I was really excited to be able to play that right there,” he says.

“I was a little nervous before that, but I knew that if I could get the first note out, everything would be fine. If you don’t get it, it’s kind of downhill from there. I’d prepared to play it the way I wanted to and the way I wanted it to sound.”

Over the course of his career, Leathers has played in other significant productions, including Copland’s Third Symphony and the Bartok Concerto for Orchestra. 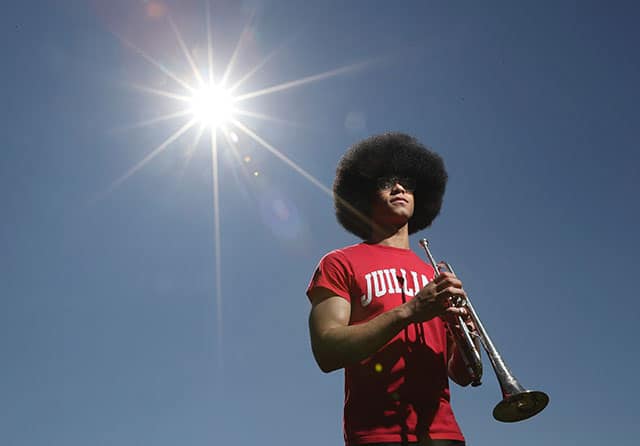 As for how he adjusted to life in New York City when he started at Juilliard, Leathers said the hyper-dense cultural mecca didn’t feel too intimidating.

“It didn’t really feel like a whole lot of a difference, just a greater density of people and more lights and more McDonald’s [restaurants] everywhere,” he says.

While living in NYC, he’s been having fun outside of school by going to Metropolitan Opera and watching jazz at Lincoln Centre Orchestra rehearsals.

“Juilliard students like to hang out at pizza places,” he says, adding that he met his girlfriend, Abby, at a McDonald’s after a gig.

“I feel like [Toronto and New York City] are equally multicultural and there are all sorts of personalities here. Being at Juilliard is pretty exciting, there’s such a wealth of knowledge there.”

Being one of the world’s most famous performing arts schools, Juilliard does boast some supremely accomplished faculty members, two of whom Leathers has greatly enjoyed working with.

“The faculty is the best of the best,” he says, adding that two of his favourite instructors are Chris Martin, principal trumpet of the New York Philharmonic and Ray Mase, a legendary American Brass Quintet and New York City Ballet trumpeter.

“They’re the two professors I work with the most and I really enjoy working with them,” he says.

Like most people, Leathers has had his life upended by the COVID-19 pandemic but is making the most of the quarantine (he left NYC for Mississauga during Spring Break and was unable to return to class when the crisis hit) by playing–and learning–virtually.

“The rest of this past semester ended up being online. Academic classes stayed on Zoom, but a huge downside is that trumpets don’t sound that good over Zoom, so you don’t get the audible benefit. For that reason, with Mr. Martin, we were doing more talking than playing, but there is a vast amount of knowledge to be gained in this situation,” he says.

That said, Leathers is staying connected with his classmates and continuing to practice for a least four hours a day.

“We’re putting together quarantine ensemble videos and recording parts individually and putting them together,” he says.

Leathers says that although he expects to return to school in the fall, he’s been told that academic classes will continue to take place online and that he’ll only be going into buildings for essential reasons, such as lessons and socially distanced ensemble-playing.

“Musicians will probably have special rules for spacing,” he says, adding that studies show that singing and brass playing are higher risk activities because both are more likely to emit droplets.

As for what Leathers hopes to achieve after graduation, he says he plans to pursue a masters and a doctorate degree in music.

“I want to get a good job in a symphony orchestra and have a good solo career and to be the best musician I can be,” he says, adding that he would also love to work on movie scores one day.

He also says his career is likely to keep him in a big U.S. city.

“I feel like I’ll be in a major US city, somewhere where there’s a big American orchestra. I could see myself working in NYC for the rest of my life or L.A., Boston, San Francisco or Chicago.”