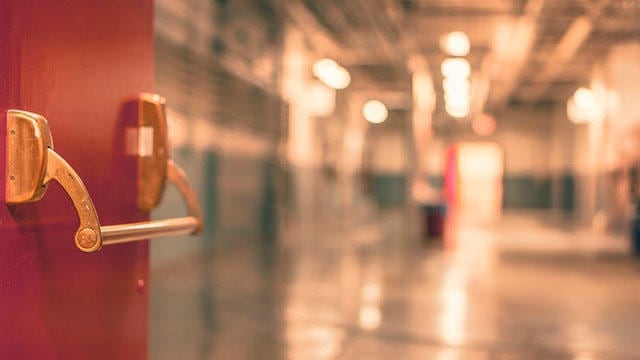 A teacher at a Mississauga Catholic school has been suspended for five months and given an oral reprimand for making inappropriate and sexual comments to students between 2015 and 2019.

At a recent Ontario College of Teachers (OCT) disciplinary hearing, the teacher pleaded no contest to making the comments, both orally and via social media, to a number of students.

The OCT’s disciplinary panel agreed with the penalty recommended by both the teacher and Ontario College of Teachers–a five-month suspension and oral reprimand.

In its findings, which were released in a May 28 report, the OCT disciplinary panel found the actions of the teacher to be professional misconduct that was both psychologically and emotionally abusive to the students.

The OCT ruling includes a publication ban on any information that could identify the students, and the school where the teacher worked was not named.

During the 2019-20 school year, the Dufferin-Peel Catholic District School Board reportedly received complaints about the conduct of the teacher. Both current and former students came forward to report that the instructor had made inappropriate comments both at school and over social media between 2015 and 2019.

After a school board investigation, the teacher was reported to the OCT for professional misconduct.

The OCT disciplinary panel found that the teacher’s “pattern of inappropriate conduct warrants a reprimand. Teachers must communicate appropriately and maintain appropriate professional boundaries with students. The Member repeatedly failed to do so by making several inappropriate comments to students, at school and electronically, and by exposing students to remarks of a sexual nature.”

According to a statement of uncontested facts provided by the OCT, the teacher made remarks to students at school about his health condition, his weight, his marriage and his drinking.

It states he told students he kept his medication in his desk drawer and would sell it to them for “five bucks.”

The statement of facts continues, saying the teacher told a female student: “I always knew you would be good on your knees.”

He asked another female student, “Can you tell my new meds are making me fat?”

In addition to other inappropriate oral comments, the OCT also heard about text messages containing inappropriate sexual comments that were sent to current and former students.

The teacher pleaded no contest to the allegations, and told the OCT he understood the gravity of his actions. He also signed documents agreeing that the incidents did happen.

Within 90 days of the decision, the teacher must also complete a course on keeping boundaries and appropriate communications.

“The coursework will remind the Member of his obligations as a teacher and will help him to make better decisions in any future interactions with students,” the OCT wrote in its findings report.