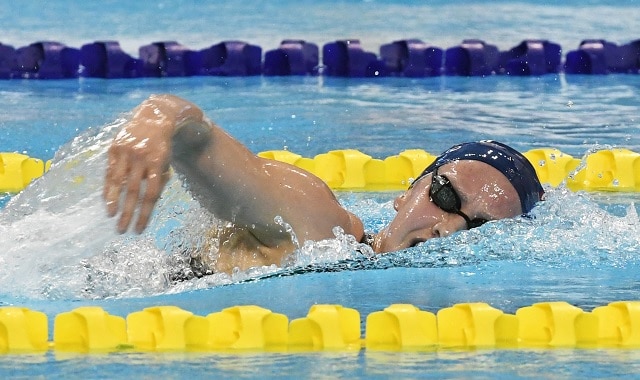 At age 16, Katrina Bellio is set to swim in the first Olympic women’s 1,500-metres freestyle.

On Wednesday night in Toronto, the swimmer from Mississauga qualified to be nominated to the Canadian swimming team for the upcoming 2020 Tokyo Olympics. On the final night of the Canadian Olympic Team trials at the Toronto Pan Am Sports Centre,Bellio won the women’s 1,500m in a personal-best time of 16 minutes 29.67 seconds, coming in under the Olympic standard.

“It hasn’t sunk in yet,” Bellio, who trains at Etobicoke Swim Club with Rob Novak, stated in a Swimming Canada  media release. “It’s incredible to be 16 years old and to be nominated. I’ve completed my lifelong dream.”

Canada will announce its Olympic team at 10 a.m. on Thursday, with a Zoom call and media availability to come at 12:30 p.m.

At previous Olympics, the longest distance in women’s swimming was only 800 metres.

Bellio was inspired to pursue competitive swimming when she was seven years old and watched Canadian standout Brittany MacLean make an Olympic final at the 2012 London Games. On Wednesday night, MacLean, who is now part of CBC Sports’ coverage team, gave Bellio a congratulatory hug on the deck of the pool.