Mississauga Steelheads take on the Valleys 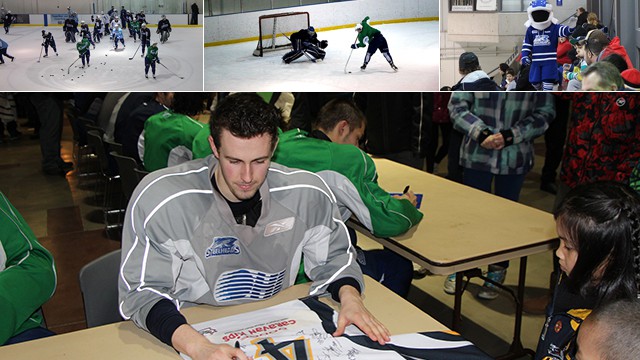 Last week, the Mississauga Steelheads held an open practice for the Mississauga residents at Mississauga Valley Community centre, home of the Cooksville Phantoms.  It was followed by an autograph/photo session.  All members of the Steelheads participated in this free event, which included Leaf prospect Stuart Percy. 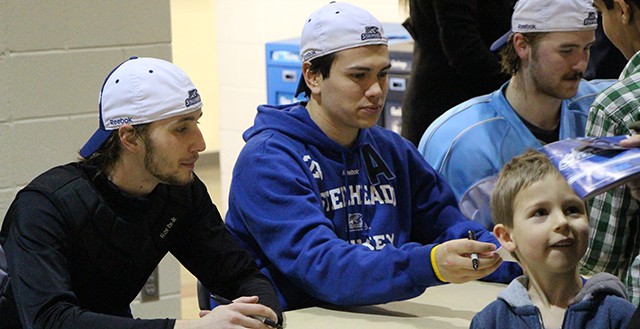 The players took to the ice at 6:30pm, and in light of clinching a playoff spot in their previous game, the team came out with a lot of jump.  The practice started out with a good 10 minutes of a defensive zone coverage routine followed by approximately 30 minutes of even and odd man rushes.  Eventually, each player had the opportunity to brush up on their breakaway skills with a short team challenge at the end. 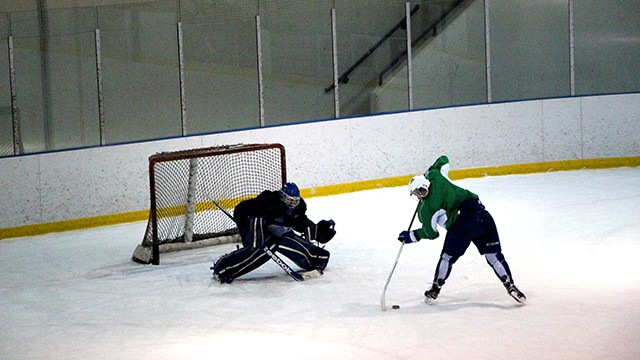 Sauga was also on hand, and although not as crazy as the Maniac, there was no shortage of entertainment from the Steelhead Mascot. 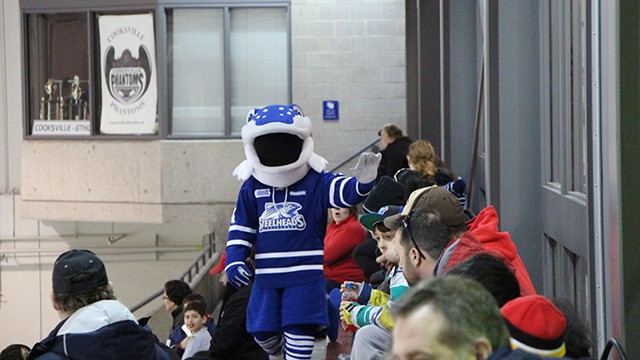 Sometimes, one forgets that these Steelheads are just kids. But, seeing them without their full equipment on helps you remember that these players are indeed just that; yet, they have a great responsibility, not only to themselves, but as a team, to represent our great city Mississauga. And to those of you who have yet to check out a Steelhead game, please get out there and support ‘your’ team as they have come out to support ‘your’ community. 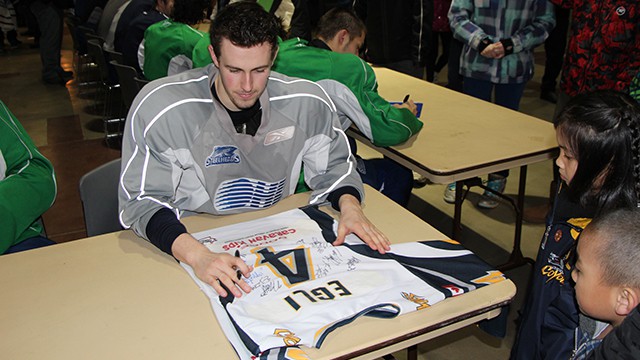 Here are their next games. These are the playoffs everyone, so get out there and cheer cheer cheer for the home team.