Mississauga Steelheads return to the ice with impressive road win 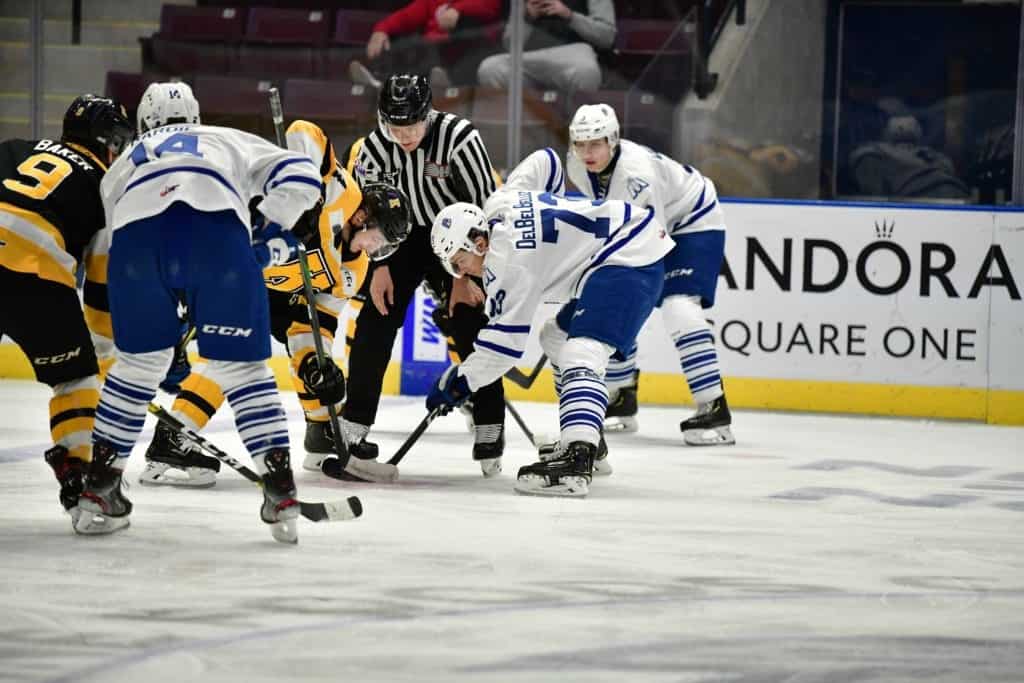 The Mississauga Steelheads may well have caught the Kingston Frontenacs at just the right time in earning a 7-2 road win on Saturday night to open their OHL season.

Picked by most to at least battle the Barrie Colts for top spot in the Eastern Conference, the Frontenacs were playing their second game in as many nights at the Leon’s Centre in Kingston when they fell to the Steelheads. On Friday night, they thumped the Ottawa 67’s 8-1.

Mississauga, which was paced by two goals each from sniper James Hardie and Luca Del Bel Belluz, is expected to reside near the bottom of the 10-team Eastern Conference, possibly in a fight for seventh or eighth place and one of the last two playoff berths.

The Steelheads’ decisive victory marked a return to the ice for regular-season action after an 18-month OHL shutdown brought about by the COVID-19 pandemic.

Starting the season off with a bang! The Steelheads take it 7-2 🙌 #DONTMISS #GameON pic.twitter.com/OYEF1zu0xH

The visitors jumped out to a 3-0 first-period lead and then chased Kingston goalie Leevi Merilainen, a third-round draft pick of the Ottawa Senators in 2019, with two goals in the first minute of the middle frame, one off the stick of Hardie.

Rearguard Kasper Larsen earned second star honours thanks to a three-assist effort while Ty Collins chipped in with two helpers for the victors, who were sixth in the Eastern Conference (27-29-4-1, 59 points) when the 2019-20 season was cancelled in March 2020.

Francesco Arcuri, who also had an assist, and Maddox Callens replied for Kingston, which went 0-for-7 on the power play. Mississauga was 2-for-4 with the man advantage.

Led by centre and team captain Shane Wright, 2020 OHL rookie of the year and the early favourite to be the first overall pick in the 2022 NHL draft, the Frontenacs are expected to be among the highest-ranked Canadian Hockey League teams as well.

Wright, a Burlington native who collected a goal and two assists in the win over Ottawa, was kept off the scoresheet by the Steelheads, who next play this Friday in North Bay against the Battalion before taking on the Barrie Colts on Saturday night.

Mississauga’s three-game road trip to start the campaign will be followed by the club’s home opener on Oct. 22, a tilt with the Ottawa 67’s at the Paramount Fine Foods Centre. Game time is 7 p.m.

The Steelheads, who played their first OHL season in 2012-13 after the old Mississauga St. Michael’s Majors left town, enjoyed their most successful season in 2016-17 when they advanced to the league final before losing to the Erie Otters in five games.