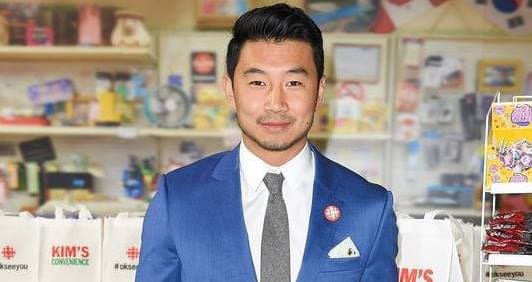 As fans of Kim’s Convenience are likely aware, season five, which was added to Netflix Canada on Wednesday (June 2), was the last season of the show.

After co-creators Ins Choi and Kevin White announced they would be moving on from the beloved show, the producers elected not to continue beyond season five.

The same day the final season of the show became available to stream, Mississauga’s Simu Liu, a regular on the show who will soon appear in the Marvel Cinematic Universe’s Shang-Chi and the Legend of the Ten Rings as the titular character, expressed his feelings regarding the cancelation.

While he expressed a desire to continue the show despite the departure of Choi and White, Liu stressed that due to the fact the show wasn’t cancelled in the traditional sense—it wasn’t because of low ratings, as is usually the case—it is unlikely it can be saved by another network or streaming platform.

“Our producers (who also own the Kim’s Convenience IP) are the ones who chose not to continue. Neither CBC nor Netflix own the rights to Kim’s Convenience, they merely license it,” he said in a post shared on social media.

He also expressed frustration with the fact that, after the decision to end Kim’s Convenience after season five was made, it was announced the producers were planning a spin-off starring the only white cast member.

“The producers of the show are indeed spinning off a new show from the Shannon character. It’s been difficult for me. I love and am proud of Nicole, and I want the show to succeed for her… but I remain resentful of all of the circumstances that led to the one non-Asian character getting her own show,” he said.

While he enjoyed working on the show and expressed a desire to continue beyond season five, Liu also took issue with a few things, including the direction of the show and a lack of character development, as well as a lack of diversity and representation in the writer’s room.

Additionally, while he and many members of the cast attempted to present a united front during interviews and events, behind the scenes, they didn’t exactly see eye-to-eye.

“We didn’t always get along with each other. This part really breaks me because I think we all individually were SO committed to the success of the show and SO aware of how fortunate we all were. We just all had different ideas on how to get there. Speaking for myself personally, I often felt like the odd man out or a problem child,” he said.

“This one is hard because I recognize that a lot of it reflected my own insecurities at the time, but it was buoyed by things that happened in real life; nomination snubs, decreasing screen time, and losing out on opportunities that were given to other cast members,” he continued.

Liu also felt he and other members of the cast weren’t compensated fairly for the product they produced, something he attributed in part to the constant squabbling.

“In the beginning, we were no-name actors who had ZERO leverage. So of course we were going to take anything we could. After one season, after the show debuted to sky-high ratings, we received a little bump-up that also extended the duration of our contracts by two years,” he said.

“Basically, we were locked in for the foreseeable future at a super-low rate… an absolute DREAM if you are a producer. But we also never banded together and demanded more–probably because we were told to be grateful to even be there, and because we were so scared to rock the boat. Maybe also because we were too busy infighting to understand that we were deliberately being pitted against each other,” he added.

However, despite any issues he may have had with the show or the cast, he feels grateful to have been a part of it, and sad to see it end.

“I’m so incredibly saddened that we will never get to watch these characters grow. That we will never see Jung and Appa reuniting. That we will never watch the Kim’s deal with Umma’s MS, or Janet’s journey of her own self-discovery. But I am still touched by the volume and the voracity of our fans (Kimbits…still hands-down the best fandom name EVER), and I still believe in what the show once stood for; a shining example of what can happen when the gates come down and minorities are given a chance to shine,” he said.