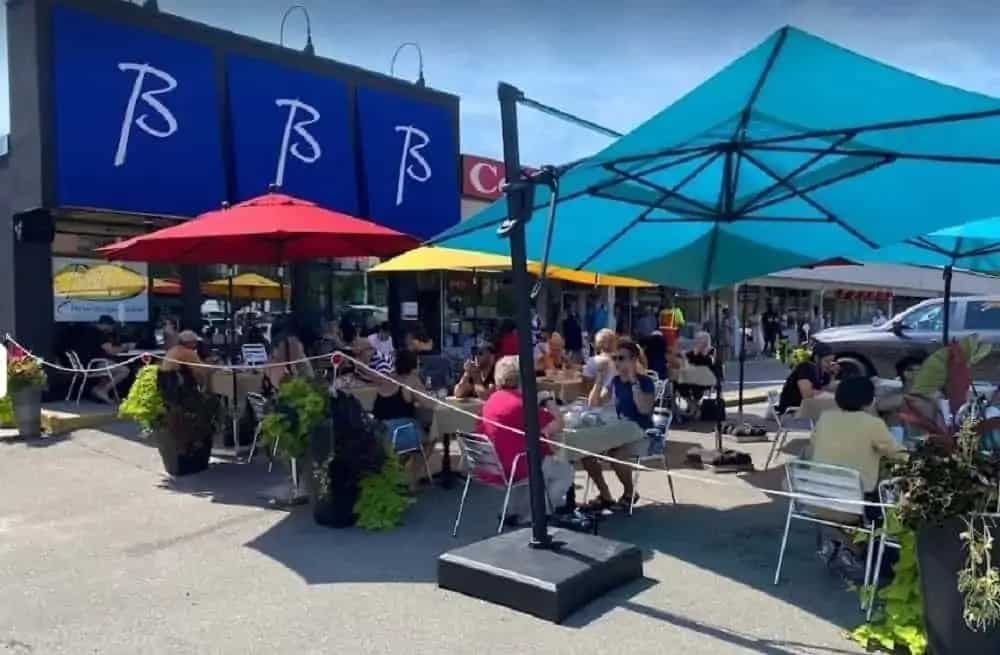 A Mississauga councillor wants to spread the word that once the warm weather arrives, dozens of restaurant and bar patios along the lakefront and in other areas of the city are a great place to spend time–and money.

Ward 1 Councillor Stephen Dasko, whose lakefront ward is home to many such establishments, told colleagues and staff at this morning’s (Jan. 25) City of Mississauga general committee meeting that he wants to attract not only Mississauga residents, but those from other places across the GTA and beyond.

Speaking about the City’s Temporary Patio Program, which has been extended to the end of 2023 and allows restaurants and bars to set up temporary patios to help them recover financially from the COVID-19 pandemic, Dasko suggested to City staff they step up efforts to get the word out to more business owners and residents of Mississauga and elsewhere.

“I’m thinking of something like a ‘one-pager’ explanation of the program to distribute to businesses (who might not be fully aware of the program),” said Dasko, adding there’s an opportunity at hand to attract not only more Mississauga residents to the patios, but more residents from other GTA communities as well.

Dasko’s comments came on the heels of a deputation to councillors from Victoria Clarke, Mississauga’s tourism director, who spoke about Tourism Mississauga’s accomplishments to date and its plans for 2023 and beyond.

Staff said they’d do a recirculation of previous material related to the Temporary Patio Program, with any necessary updates. Additionally, staff pointed those seeking information about the program to the City’s website page dedicated to the initiative.

Last year, the patio program was extended by two years and is now set to expire on Dec. 31, 2023.

However, the City is considering making the patio allowances permanent and will likely revisit the matter before the current deadline expires.

Dasko said earlier that Port Credit establishments have told him the additional seating is a huge benefit to them.

Ward 5 Councillor Carolyn Parrish echoed those sentiments during several earlier discussions around the council table, noting the patios have brought many compliments from people who describe the atmosphere in the city as “really exciting.”

The additional outdoor seating, which in many cases is set up right by the street, has created more of a buzz, she said.

Parrish added that in her previous travels, she noticed “…all the old cities in Europe, the streets are full all the time, even in rain and snow…” and that if Mississauga “wants to be an exciting city, we have to relax these rules.”

In his fall 2021 report recommending that the City allow the patios to remain longer, Mississauga planning and building commissioner Andrew Whittemore said the bylaws for outdoor patios and outdoor businesses “need to be extended to continue to support Mississauga’s businesses…” as they recover from the pandemic.

Beyond 2023, staff is “considering options for the long-term regulation of patios and/or outdoor recreational/entertainment establishments,” the report reads.

In his report, Whittemore noted that interest among business owners to set up patios is significant.