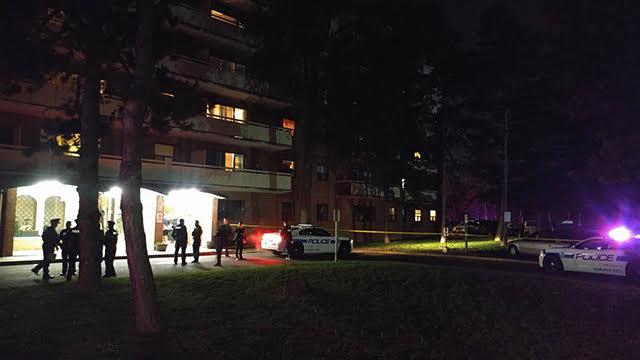 It’s been a bad two weeks for gun violence in Mississauga.

Peel police are asking anyone with any information about a shooting that left a man with life-threatening injuries to please come forward.

A 33-year-old Mississauga man was found suffering from multiple gunshot wounds and was transported to a Toronto trauma centre with extremely serious injuries.

The suspected gunman is described as a male in his 20s who is about 5/9”. He was last seen wearing a gray-coloured hooded sweater. Police are advising residents to exercise caution, as the suspect is considered armed and dangerous and should not approached.

Anyone who sees the suspect is being advised to contact police immediately.

Anyone with information relating to this investigation is asked to call investigators at 12 Division Criminal Investigation Bureau at (905) 453-2121, ext. 1233. Information may also be left anonymously by calling Peel Crime Stoppers at 1-800-222-TIPS (8477), by visiting www.peelcrimestoppers.ca or by sending a text message to CRIMES (274637) with the word ‘PEEL’ and then your tip.