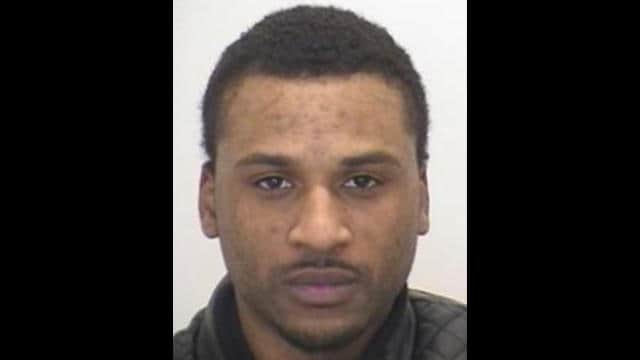 A man who is wanted after allegedly shooting a woman and stealing two vehicles–including a police cruiser–appears to have outstanding warrants in connection to other crimes, including second-degree murder and the sexual assault of a child.

Recently, Peel police appealed to the public for help locating a man wanted for attempted murder after allegedly shooting a woman in Mississauga.

On Tuesday (August 13), at approximately 2:30 pm., police were called to the Apple Blossom Circle area in relation to a dispute involving weapons.

The male suspect involved had fled the scene but was located by officers in the Sandford Farm Drive and Stargazer Drive area in Mississauga.

The cruiser was located a short distance away after the suspect abandoned it.

The suspect allegedly stole a second vehicle, a 2013 white Hyundai Sante Fe SUV with license plate AYVL 950. The vehicle and the suspect are still outstanding.

The investigation has identified the suspect as Michael Cleghorn, 31, who has no fixed address.

Yesterday’s incident does not appear to be the suspect’s first brush with law enforcement.

Back in 2017, Thunder Bay police announced that the same suspect was wanted for second-degree murder in connection with a homicide that occurred in Thunder Bay on May 22 of that year.

Thunder Bay police also said that Toronto police were searching for the suspect in connection with sexual assault allegations stemming from an incident involving an underage victim.

Toronto police said the suspect was wanted in connection with sexual interference charges. Police also alleged that the suspect exposed himself to a person under 16 years of age.

He was also wanted for uttering threats.

The suspect is described as a black male with a medium complexion who is 6’2” tall and weighs 180 pounds.

It is unknown if he has suffered any injuries from this incident. Police believe he may attempt to seek medical treatment.

Police say he should not be approached and should be considered armed and dangerous.

The Special Investigations Unit has assumed responsibility for the investigation.

Anyone with any information about the incident or on the location of the suspect is asked to contact investigators at the 11 Division Criminal Investigation Bureau at (905) 453–2121, ext. 1133.