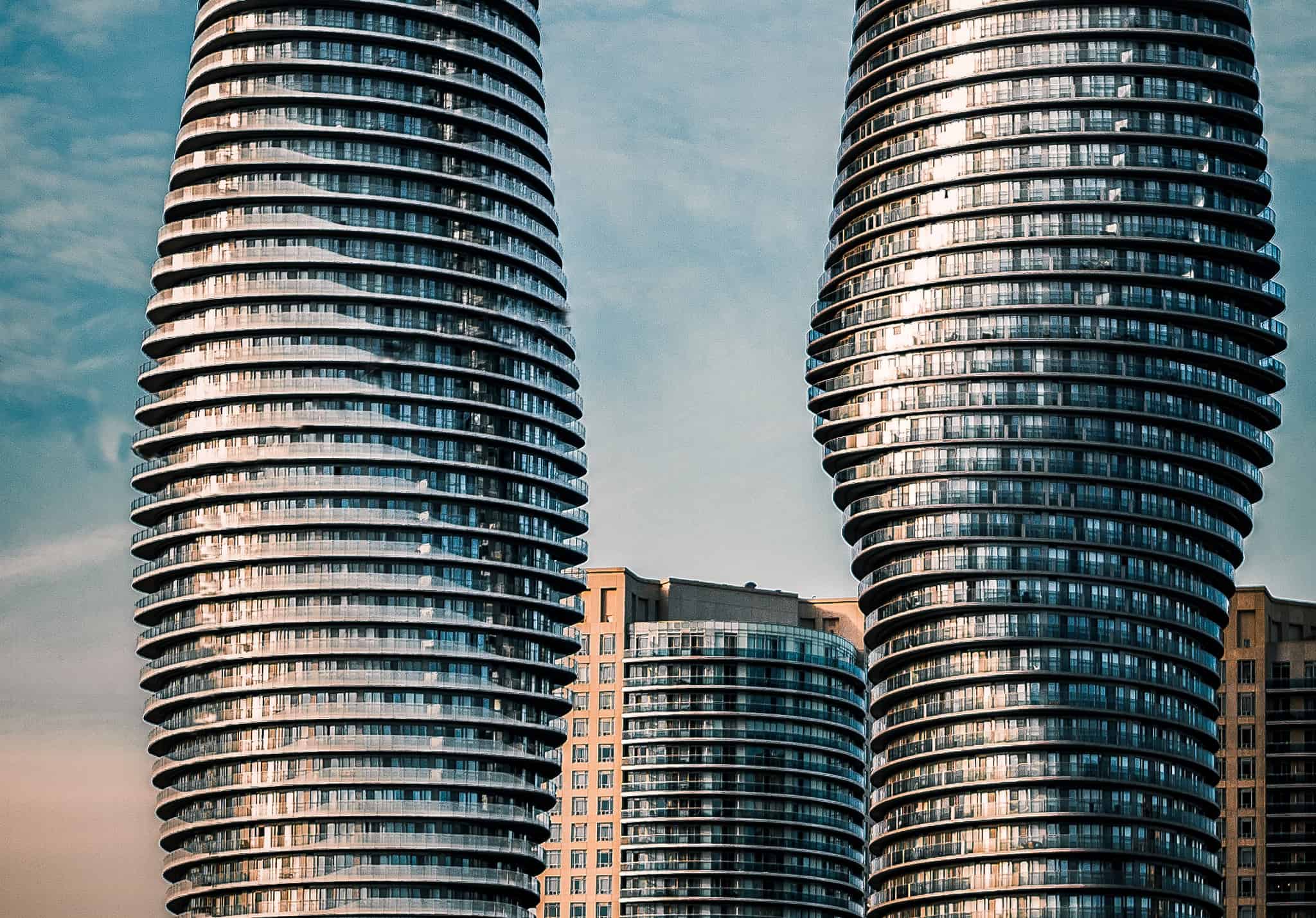 New condo developments seem to be popping up all over Mississauga and in 2022 the city saw the second-highest condo growth in Ontario.

But the city is already growing — in new condo development, Mississauga only trails behind Toronto, according to a new report from MPAC (municipal property assessment corporation).

However, this is a drop compared to 2021 when Mississauga had $675.3 million in new condo growth, according to MPAC.

MPAC suggests a shortage of materials slowed condo development across the province. 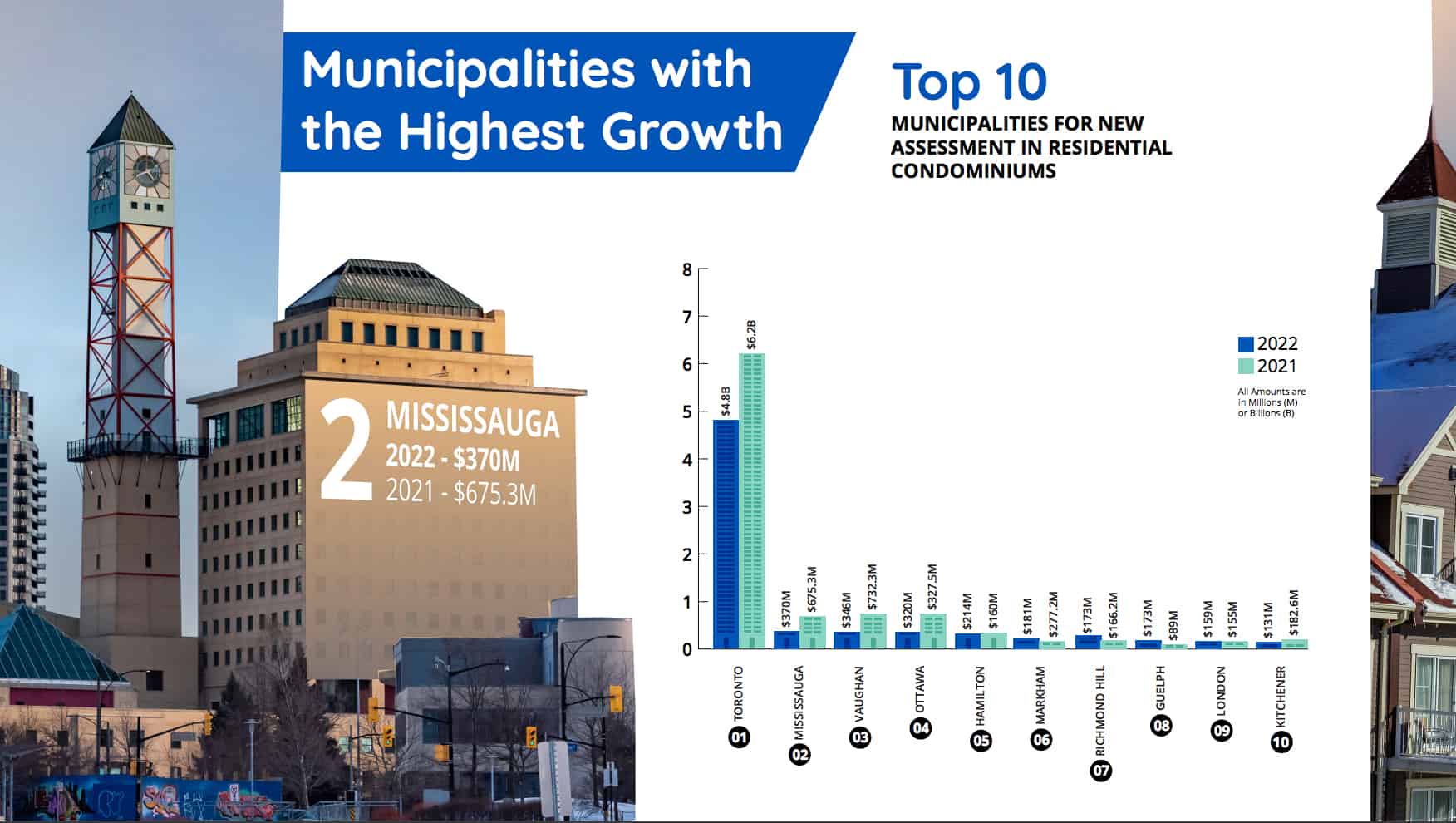 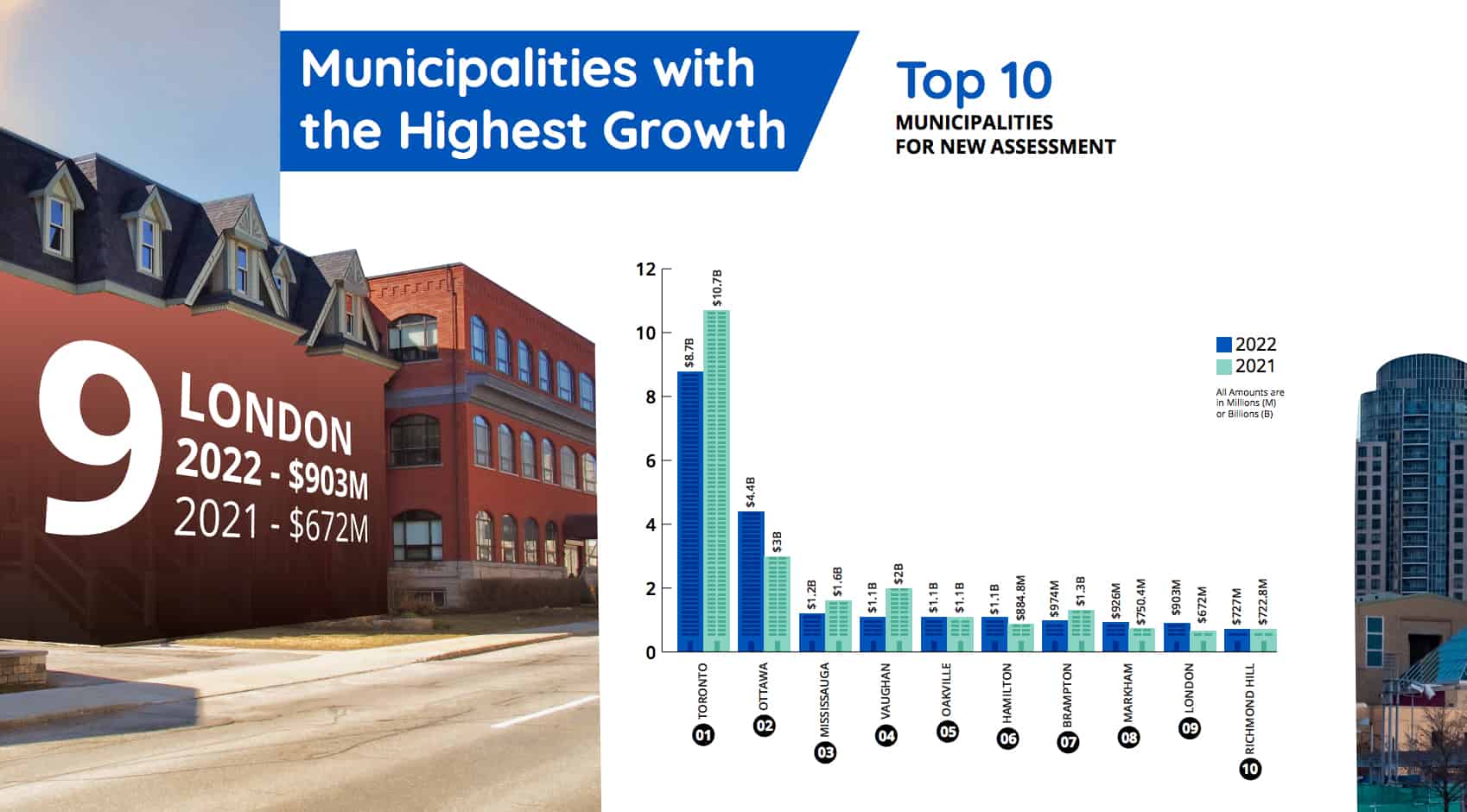 Overall, Ontario’s property inventory continued to grow in 2022, with more than $37.8 billion in new assessments, which includes new construction and improvements to existing properties.

Residential homes made up over $28.6 billion of the increase, while commercial and industrial properties comprised of $4.6 billion.

Mississauga did not place in the top 10 for other types of residential properties such as detached homes, semi-detached homes and townhouses. The city with the most new residential developments overall in 2022 was Ottawa, followed by Toronto, London, Whitby and Brampton. 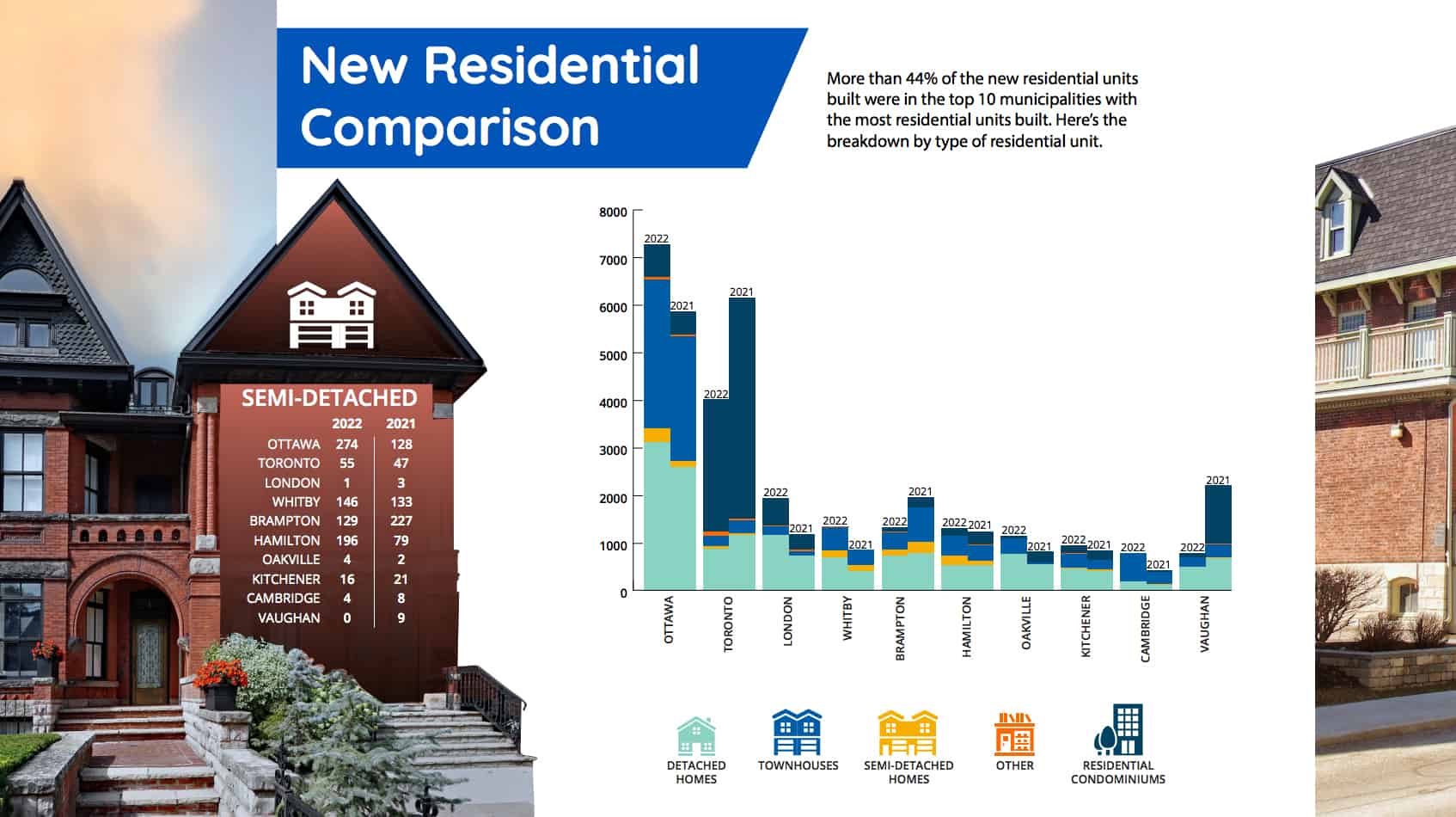 For those concerned about property taxes in the new year — MPAC has some good news.