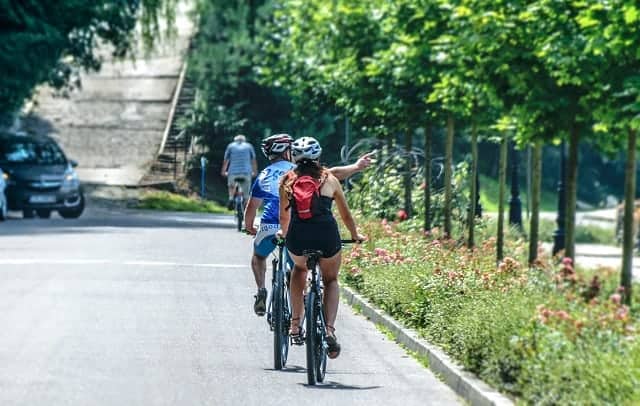 Bicycling is one of the funner and most efficient ways to get to know a neighbourhood, and Mississauga is inviting cyclists to explore the city on two wheels as summer weather arrives.

Starting this weekend, cyclists of all abilities and ages can take part in the city’s Community Rides program, which is a series of self-guided cycling tours. Every two weeks, a new route will be posted on Saturday, which residents will be able to view through an online map.

Wayfinding pavement markings and signage will be set up to help guide riders. With formal in-person group rides ruled out due to COVID-19 protocols, the City of Mississauga is inviting riders can instead share their journey by sharing social media posts hash-tagged #SaugaCommunityRides.

The first Community Rides bike route, which will be open on Saturday, will be located in the Clarkson and Lorne Park area. The route will include five-, 10- and 20-kilometre options that will start from the Clarkson Community Centre. The wayfinding markings will be colour-coded based on the length of the route that’s been chosen and will be located at each decision point along the route.

The schedule for spring and summer community rides is as follows.

Bike routes will be available in September and October. More information may be found at mississaugabikes.ca/communityrides.