Mississauga Rocked by Multiple Robberies in One Night 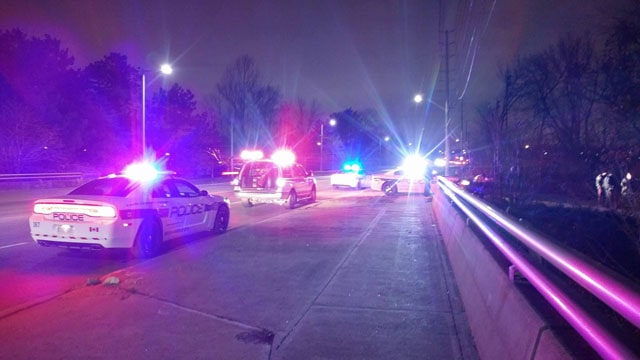 Wednesday night was a bizarre and terrifying night for Mississauga residents who dealt with a strange sleu of robberies.

Earlier in the evening, multiple young assailants–all described as young males with dark clothing and covered faces–robbed three different people in the South Common Centre area. One victim was taken to hospital with minor injuries and all victims reported losing personal property in the attacks.

Shortly after 8:00 p.m., police responded to reports of a robbery at a Longo’s grocery store in the Rathburn and Ponytrail area. According to Peel police Const. Mark Fischer, a 45-year-old man entered the grocery store and handed a cashier a note demanding money. He indicated that he had a weapon, but none was seen.

He was located by a K9 unit and taken into custody about an hour or so after the incident.

Around 9:30 p.m., another call came in regarding a robbery at an unidentified store in the Ambler and Tomken area.

According to Const. Fischer, three male culprits entered a store and either forced or drove several employees into a back room. The suspects were armed and one victim sustained injuries consistant with being struck by a gun (pistol whipped, in layman’s terms).

The victim was taken to hospital with minor injuries.

Police are investigating the incidents.