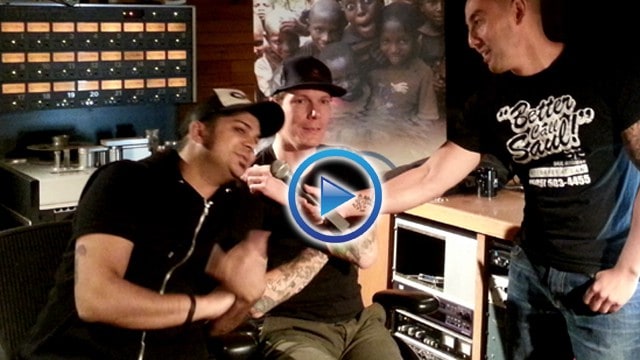 Mississauga rock band Billy Talent is speaking out after a meeting with Tourism, Culture and Sport Minister Lisa MacLeod, claiming that a photo of the band has been misused to imply the band supports Doug Ford’s Progressive Conservative government.

On Aug. 23, Billy Talent, a popular homegrown rock group from Mississauga (Streetsville, to be exact), took to Twitter to clarify its position on the current government and its cuts to the Ontario Music Fund(OMF).

In a tweet, the band said that its record label asked them to meet with MacLeod–a minister who has taken a few blows in the media following the provincial government’s mishandling of the autism file and an alleged profanity-laced confrontation with Ottawa Sentors owner Eugene Melnyk–during her visit to a Toronto studio.

Billy Talent says they met with MacLeod to discuss cuts made to the OMF and the “negative impact that it has on artists.”

“As we explained to the minister, this doesn’t impact us nearly as much as younger artists who are trying to make a living in a very difficult climate for musicians. Unfortunately, a photo of us with the minister was posted without our knowledge or consent that completely misrepresents the purpose of the meeting and has been misinterpreted by some as our support for the current administration,” the band wrote.

“While we recognize that Ms. MacLeod was attempting to be funny, the fact is that what the provincial government is doing to artists in Ontario is anything but. We thought that by engaging directly with her, we could make a difference. However, based on Ms. MacLeod’s mischaracterization of the purpose of our meeting and her misrepresentation of her government’s ‘support’ for the OMF, we realize that our appeal has likely fallen on deaf ears. For the record, we do NOT support the Ford administration and what they are doing to the arts.”

The photo that Billy Talent is referring to appears to have been deleted, as it does not appear on MacLeod’s official Twitter page.

The group, which formed in 1993 and consists of band members Benjamin Kowalewicz, Ian D’Sa, Jonathan Gallant and Aaron Solowoniuk, was inducted into Mississauga’s Legends Row in 2015.

As most elder millennials might recall, Billy Talent hit the mainstream in 2003 with the release of their first hit single Try Honesty. The band has released five studio albums, gone on six tours and received multiple awards, including seven Juno awards and 10 MuchMusic Video Awards.

The band released its most recent album, Afraid of Heights, in 2016.